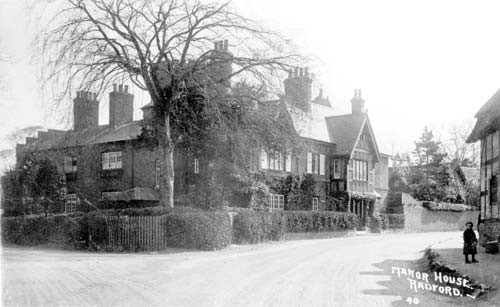 A manor house which was originally built during the Post Medieval period but later additions were made during the Imperial period. It is situated on Southam Road, Radford Semele.

1 The Manor House is mainly modern, but has a 16th century timber-framed nucleus. It was never used as a manor house, but was the Greswalde-Williams hunting lodge at the time when the Lythalls rented Radford Hall from them. It has now been converted into a number of apartments.
2 Photograph.