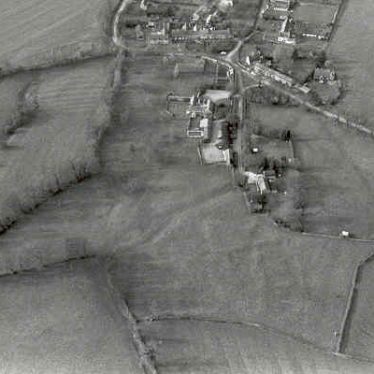 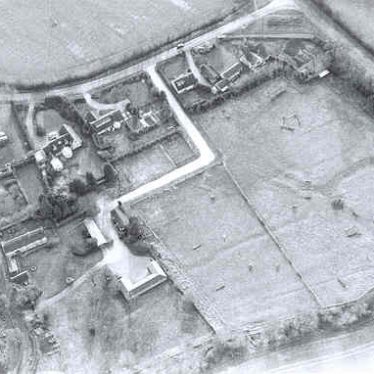 The possible extent of Medieval settlement in Little Compton as indicated on the Ordnance Survey map of 1886.

1 The possible extent of the Medieval settlement based on the first edition 6″ maps of 1886, 58NE and 59NE and NW.
2 Domesday lists the village under Gloucestershire. The Phillimore edition has a grid reference of 26,30. Two entries:-
Ref 22,17 (Land of Henry of Ferrers) Warin holds 5 hides in Little Compton. Land for 6 ploughs. In lordship 3 ploughs; 8 slaves; 8 villagers and 2 smallholders with 6 ploughs. Meadow, 6 acres. The value was 60s; now 100s. Brictric held it freely.
Ref EG9. (Land of St Denis of Paris) St Denis’s Church holds these villages… (little) Compton 12 hides.
3 The 1886 maps show a clearly defined village bounded by roads to the west and south, a boundary hedge and footpath to the north and by the ends of plots in the east. There are lots of lanes, empty plots and small fields within the village, and several orchards. The church of St Denis [WA3813] which has Norman origins, is labelled St Peter & St Paul. The known shrunken area [WA8218] lies at the east of the village. As yet there is no ridge and furrow plotting of the parish.
4Banks and ditches evident on aerial photographs within the village envelope mapped as part of English Heritage National Mapping Project.
5 The earthworks in the north west of the village appear to be either a holloway at northern extent of the village or drainage connected to the Middle Brook. The function of the ditch at the rear of Chapel Row is uncertain