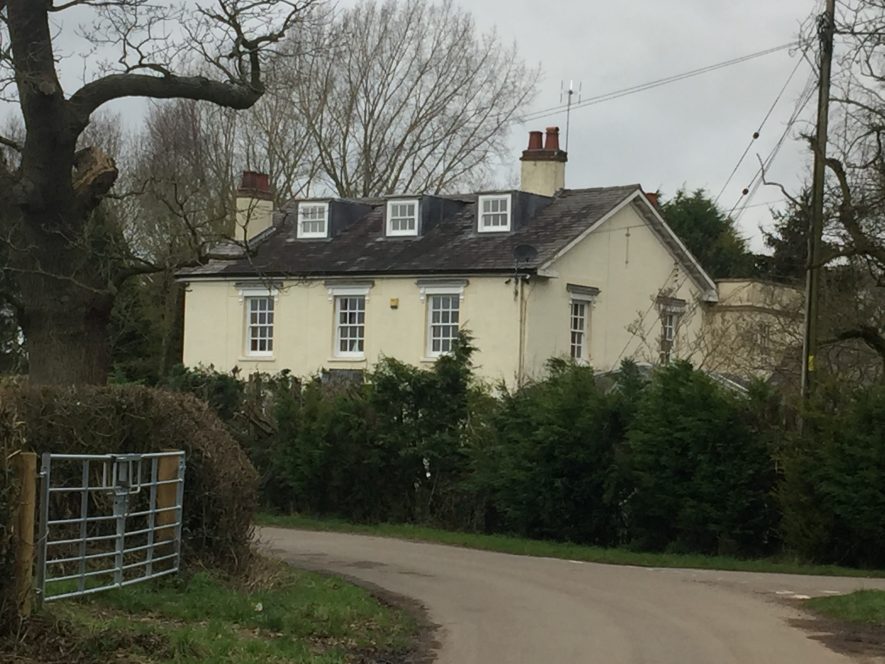 Parts of this house date to the Post Medieval period and there is also a timber framed barn. It is situated at High Cross, Rowington.

1 From the outside this house seems modern but there is timbering in some of the exterior walls. There is also a timbered barn. Occupancy of this site is noted in the 1500s. In 1561 documents record a large farm of 105 and a half acres and two houses. The larger of these houses, which probably forms part of the present house was, in 1606, described as being of four bays. The smaller house is described as being of two bays. This building is marked as No. 7 on the 1550 – 1650 map in this book.