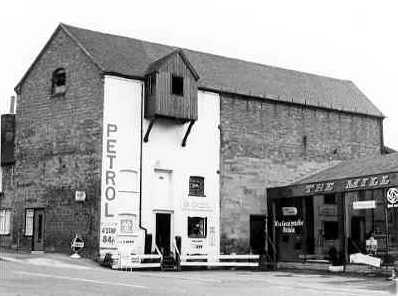 A watermill which was built from red sandstone. It was constructed during the Post Medieval period and is situated at Furnace End.

1 A mill of red sandstone and brick. The mill race is said to date from Monastic times, but the house is not of great age.
2 There was a mill here in 1517, and further documentary evidence exists for the 16th century and 17th century. Ownership for the 19th century and 20th century is also known. The mill has been converted into a garage and the machinery removed. A three storey building survives, which shows signs of extension and alterations. The central section, built of sandstone blocks, is the oldest. The millpond and part of the leat have been filled in.
3 The field above Furnace End Bridge is called Floodgate Meadow and that below, Furnace End Field. The bridge and approaches are raised above the fields and probably incorporate the pond bay.
4 Photograph.

email
More from Whitacre, Over
More from Windmills, Watermills and Cornmills