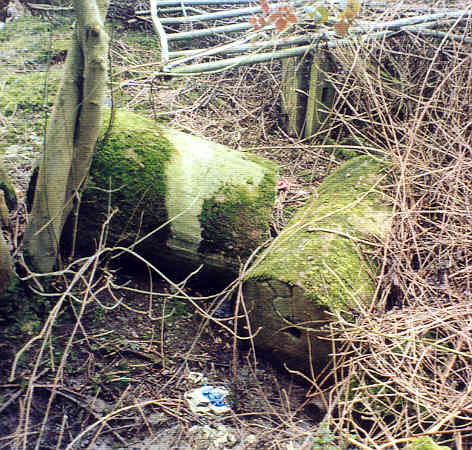 Five 3 foot tall road block cylinders, forming a Second World War tank trap. They are situated on a disused stretch of the road from Rugby to Lutterworth.

1 Five 3 foot tall concrete roadblock cylinders, on a now disused stretch of the road from Rugby to Lutterworth. This was the site of a roadblock. A further 10 cylinders block a gateway 200m further south. Each cylinder has a large latter “R” cast into one end. A further single cylinder blocks a gate 100m south of this group. This site formed part of “A” Sector Warwickshire Home Guard defensive scheme.