You are here: Home>Locations>Eathorpe>Eathorpe Mill 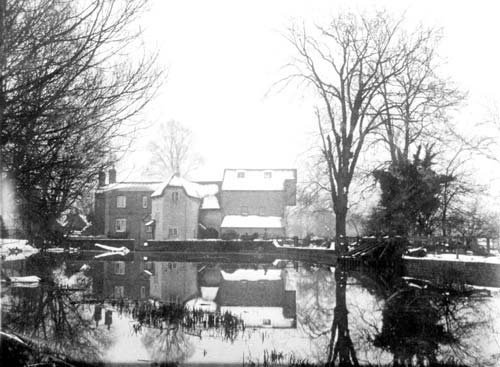 Earthorpe Mill, a watermill for which there is documentary evidence from the Post Medieval to the Imperial period. Only the mill building survives and this has been converted for office use. It is located at the north of Eathorpe.

1 Little is known of the early history of this mill, except that John Tew was the miller in 1670. It is marked on Yates’ map of 1787-9, and again on the OS 1″ map of the 1830s. Details of ownership exist for the mid 19th century onwards, the last miller operating until the early 1930s. The main part of the mill building still stands but has been converted into office premises for a modern works which occupies the site. The wheelhouse has been demolished and all the machinery removed. Nearby is the mill house, which would have adjoined the mill before the removal of the wheelhouse.

email
More from Eathorpe
More from Mills
More from Windmills, Watermills and Cornmills