You are here: Home>Locations>Wellesbourne>Church of St Peter, Wellesbourne 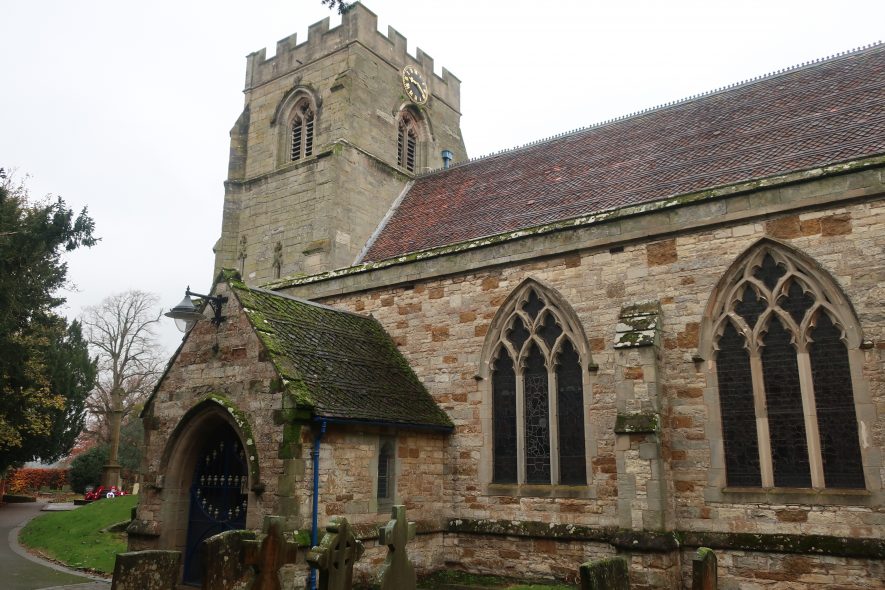 The Church of St Peter, originally built in the Medieval period, was largely rebuilt and enlarged in 1847. Only the south arcade and the tower remain of the Medieval building. It is situated 600m east of the sewage works, Wellesbourne.

1 Chancel with N organ-chamber and vestry, S chapel, nave, N and S aisles, S porch and W tower. The building dates from the 12th century, but all that survives of that period is the former chancel arch, which has been reset on the N side of the chancel. A S aisle was added to the nave in the 13th century and the W tower was built late in the 14th century. The church was almost wholly rebuilt and enlarged in 1847 at a cost of £8,000 and the only parts left in situ were the S arcade and the tower. The nave was lengthened E by one bay and the chancel newly constructed. The S aisle is probably on the lines of the original aisle and retains a 14th century W window, this wall being probably rebuilt when the tower was added. The church is first mentioned in the reign of Henry I (1100-35).
2 Drawing of c.1820.
3 The reset chancel arch is an extremely impressive piece. The responds must be late 11th century, but the abaci and arches are not likely to be earlier than 1100 or 1110.

email
More from Wellesbourne
More from Chapels and Churches