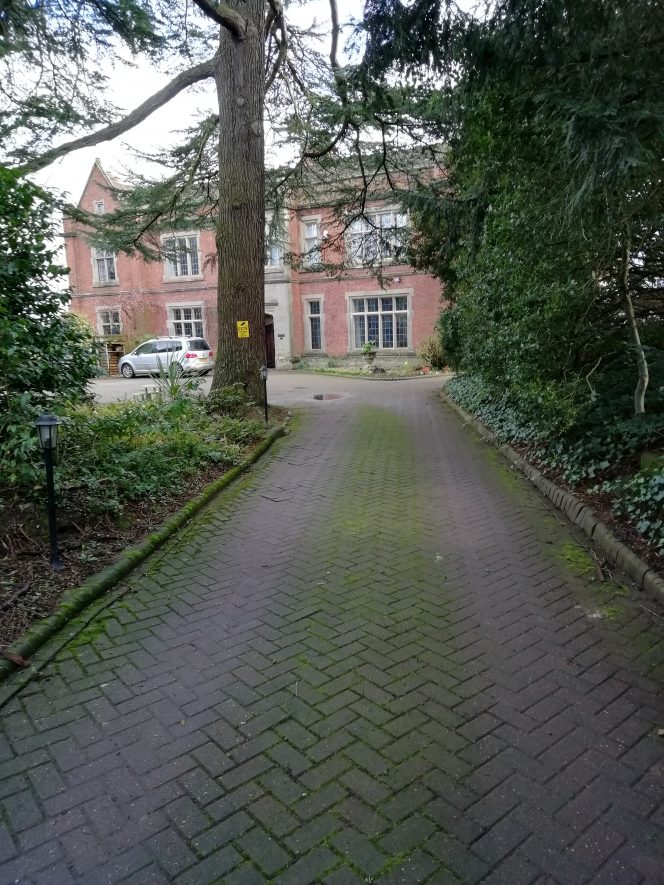 Radford Hall, a manor house which was built during the Post Medieval period with later additions during the Imperial period. It is located on Radford Road, Radford Semele.

1 Radford Hall, the old manor house, stands fronting the A425 as one enters from Leamington. The present hall dates from the early 17th century but was heavily restored during 1836 when the red-brick of the front of the house was laid.
The long Jacobean arcade has two storeys, five bays and is almost entirely symmetrical, with the exception of the windows to the right and left of the porch which have a different number of lights, indicating the position of the hall.
2 The surrounding wall has a 17th century stone doorway with cornice and pedestal, but the wall in which it stands is reputedly much older. It is built of dressed sandstone, but the foundations are of coarse rubble and may imply an earlier phase. Parts of the cellar walls also appear to be of a different build, but are difficult to date.
3 Its proximity to the church makes it a likely candidate for the site of the Norman Manor house. There is no evidence for such a manor house being located elsewhere in the village.
4 Short history of the Hall.
5 Correspondence from 1982.