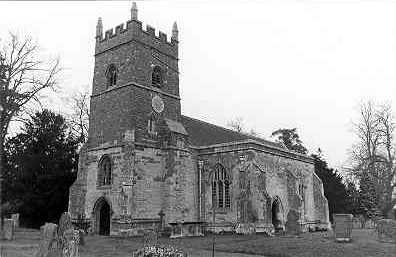 The Church of St Mary which was originally built during the Medieval period. Alterations have been made to the building in subsequent periods. The church is situated in Pillerton Hersey.

1 Chancel with small N vestry, nave, N and S aisles and W tower. The chancel is mid 13th century and one of the best local examples of the period. The nave was probably of the same date, and the lower part of the tower was perhaps added a little later in the 13th century; it was altered and heightened in the 15th century. S aisle probably of c1400, but N and S arcades of nave and the N aisle date from 1875, when much alteration was done. Modern vestry. The church is recorded in the late 12th century.
2 Plan of the church.
3 Interior photograph of the east window and an exterior photograph of the south door of the chancel.
4 The church has an uncommonly fine mid 13th century chancel. Low-pitched Perp nave roof with many bosses. Rough chancel hammerbeam roof, probably 17th century.
5 Listing Description.
6 Remains of floor support foundations were observed under the floor boards around the altar in the Lady Chapel together with evidence of previous repair or construction work.