You are here: Home>Locations>Leamington Spa>Church of St Mary Magdalene, Lillington 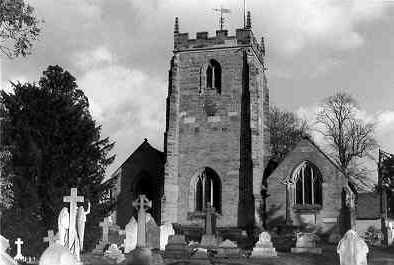 The Church of St Mary Magdalene was originally built during the Medieval period, though the only feature from this period that remains is the tower. It was virtually completely rebuilt during the Imperial period. It is situated 700m north west of Lillington Recreation Ground.

1 Chancel with N chapel and vestry, nave, N and S aisles, S porch and W tower. The old parish church seems to have consisted of chancel, nave, and S aisle of 14th century date and a 15th century tower. A N aisle was added in 1847; the S aisle rebuilt 1858; dormer windows inserted into the roof 1875; the chancel largely rebuilt in 1884 when the N chapel was added; and the vestry built 1914. Apart from the 15th century tower the only Medieval features of the building are the S wall of the chancel and the E bay of the nave S arcade. 15th century font. The chapel of Lillington is recorded in 1121; by 1291 it was a parish church.
2 Drawing of c 1820.
5 Noted by Ordnance Survey.
6 Correspondence from 1961.
7 Photograph of the lych gate.