You are here: Home>Locations>Alderminster>Church of St Mary and Holy Cross, Alderminster 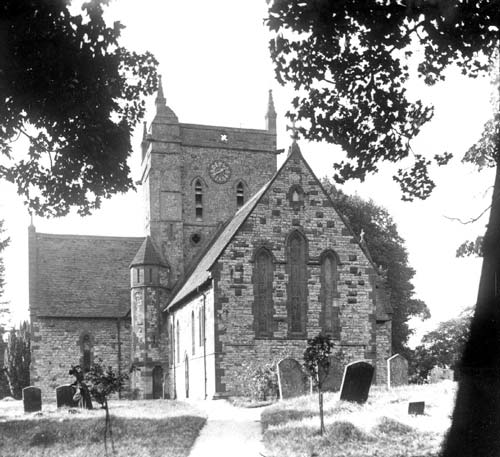 The Church of St Mary and Holy Cross. The church was originally built during the Medieval period but was largely restored during the Imperial period. It is situated in Alderminster.

1 Chancel, central tower, N and S transepts, nave and N porch. Earliest building on the site appears to have been erected early in the 12th century, and portions of the walls, with fragments of two small windows, survive in the nave. Towards the close of the 12th century the central tower, with the N transept, was erected on the site of the chancel. S transept added early in the 13th century, a little later the chancel was rebuilt and the upper stages of the tower completed. In the mid 14th century new windows were inserted at the SE of the chancel and at the E end of the nave N wall. In 1873 and 1884 the church was restored with melancholy results. The E portion of the S wall having fallen down, the nave was then rebuilt. Walling throughout the building is of sandstone rubble with wrought quoins and dressings. Roofs are all modern, N porch also.
3 Externally almost entirely early 13th century, with lancet windows. The nave is in fact purely Norman. Much of the Norman work is of 1884 (by F Preedy), but the N doorway is genuine.
6 Burial found which could date from any time from 12th to 20 centuries.