You are here: Home>Locations>Wolston>Church of St Margaret, Wolston 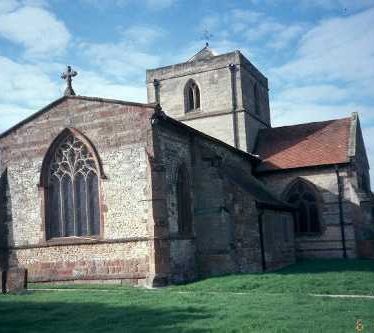 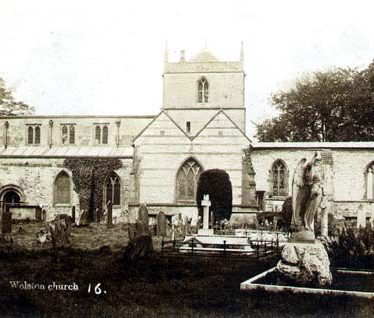 The Parish Church of St Margaret which was originally built during the Medieval period. The church was later restored during the Imperial period. It is situated 200m south east of Brandon Castle at Wolston.

1 Chancel, N and S transepts, N and S aisles, nave, central tower, and modern vestry. Dates from the 12th century, when it probably consisted of chancel, nave and S transept, and a low central tower, the N transept being added early in the 13th century. Church rebuilt 14th century with the addition of aisles; in the 15th century a clearstorey was inserted, and in the 17th century the low tower was raised to form a belfry. Of the 12th century church the tower crossing remains, with the 13th century arch to the N transept, and the N doorway re-used in the 14th century S aisle. Chancel roof extensively repaired in 1680 and decorated in colour in 1760. The church is recorded in 1090, when it was given to the abbey of St Pierre-sur-Dive.
2 Plan of the church.
3 Drawing of c1820.
4 The church is a mixture of styles externally. Norman S doorway. Chancel of c1300. Central tower is a replacement of 1760 by Job Collins. Internally the church is much more interesting. Crossing is entirely Norman, with high W and E arches, and the N and S arches so low that instead of transepts proper there can only have been small chambers. Nave and S arcade apparently of early 14th century; N arcade a little later. Sedilia and piscina in chancel; in the S transept are two big tomb recesses with effigies of c1300 (one badly defaced), a sedile and a piscina, also an early 16th century monument. Font probably 17th century.
5 18th century vestry. Church restored 1860.
6 Noted by Ordnance Survey.
7 Church guide.
8 Map showing the village with annotations of cropmarks.