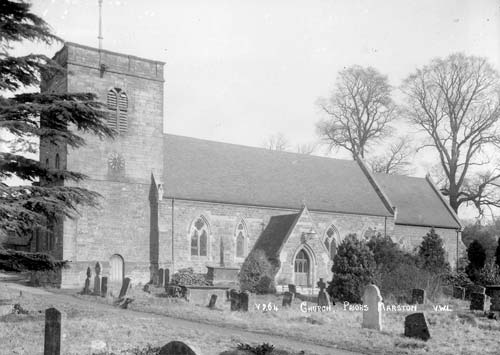 1 Chancel, N vestry, nave, N aisle, S porch and W tower. The earliest material is a late 13th century north arcade, indicating an aisle of that period added to an earlier nave that was probably shorter than now. The aisle may have been widened late in the 14th century. There seems to have been a Medieval tower, remodelled around 1720. Various alterations to the church were carried out in 1863 and 1875. The church is first mentioned as a chapel of Priors Hardwick in 1279.
4 Listed Building description.