You are here: Home>Locations>Leamington Spa>Canal Features on Grand Union Canal 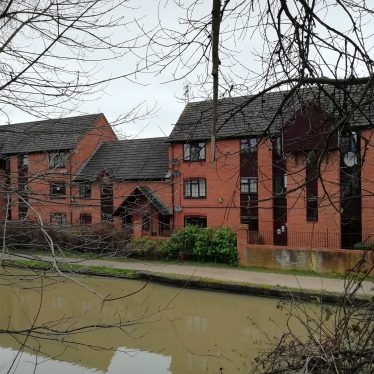 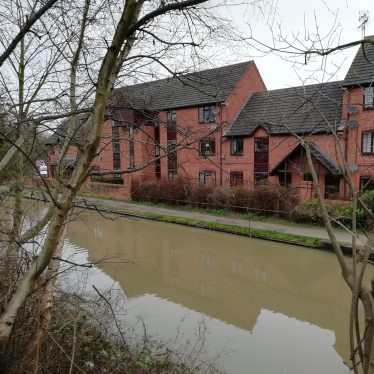 Documentary evidence suggests that a small canal basin and two canal wharves, where vessels would have loaded and unloaded goods, existed on the Grand Union Canal to the north west of Clapham Terrace, Leamington Spa. The features date from the Imperial period.

1 The OS 25″ shows a small basin and two wharves close to Clapham Terrace bridge.
2 On the 6″ (1971) this appears merely as a small indentation in the canal bank.
3 The Geographical Street Map shows the basin as a spur reaching to the end of Clapham Terrace.
4 The feature has been filled in and a factory now occupies the site.