You are here: Home>Locations>Binton>The Elephant - A Start in Warwickshire

The Elephant - A Start in Warwickshire 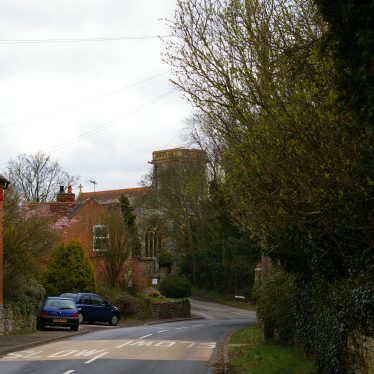 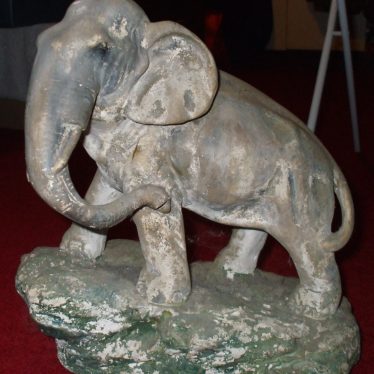 The elephant at home.
Photo by Benjamin Earl 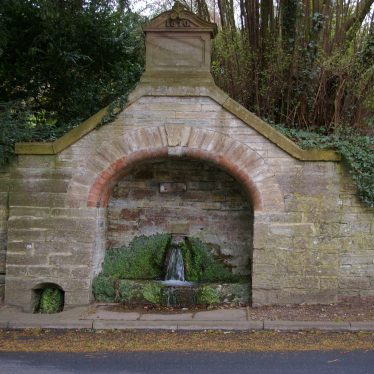 The spring at Binton, where my dad collected our drinking water.
Photo by Derek Earl

has always been in my family, as long as I can remember. It sits in our house now, out of the way, but still there. It was a wedding present to my parents from a friend in 1942. My aunt told me that the friend made it herself with plaster of paris and a mould.

is a constant even as I moved around a lot as a small boy. We first came to Warwickshire in 1952 from Norfolk, and lived in Binton. This was just outside Stratford, and the house that we rented had a garden going down to the River Avon. At the end of the steps down to the river was a small wooden diving board underneath which there was a punt, presumably owned by the landlord. One day I ran down the steps and jumped into the punt causing a crack in the wood and a leak. That was not popular.

I went back a couple of years ago with my son, to have a look around. The picture is of the spring where my dad collected our drinking water in two milk churns. He took them home in a rucksack carried on his cyclemaster powered bike.

We didn’t stay there long, before moving on to Warwick (including Northgate House) and then Leamington, before settling in Coventry. Plenty of house moves, but the elephant came with us, and came with me when I got married and moved again – still in Warwickshire. My wife says my son will inherit it, whether he likes it or not.

is always there, whatever happens.