You are here: Home>Locations>Warwick>Old Warwick Gaols 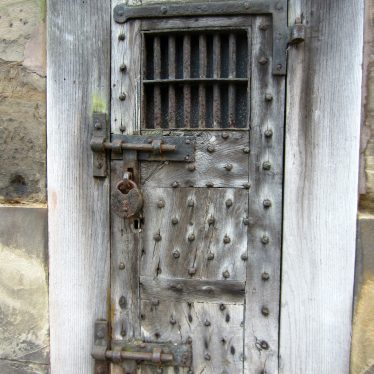 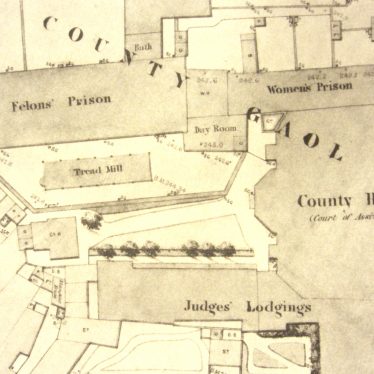 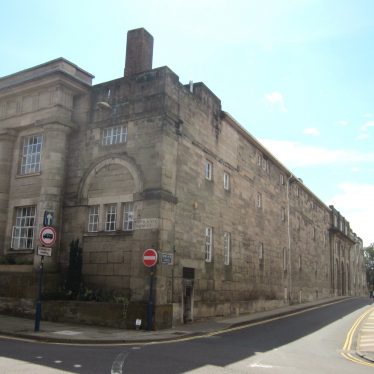 A gaol was built in Warwick in the early 13th century and part of the castle was used as a gaol around 1600. The gaol in Northgate Street where the dreadful night felons’ dungeon was located burnt down in the great fire of 1694 but a cell door from it has been preserved and can still be seen in Barrack Street (see photo of door above). The gaol – along with much of the rest of the town centre – was rebuilt in the late 17th century and again in the late 18th century; the façade of the latter still survives today. The 1851 Board of Health map shows the dreaded treadmill in the middle of a prison courtyard (see photo above). After the new prison was built in Cape Road, the old gaol closed and it was converted into a militia barracks in 1862-3, giving its name to the adjacent street; this building (see photo above) is now used as Council offices.

Prisons in the quarter sessions

There were quarterly reports on the prisons in Warwick and Coventry. The prison chaplain was shocked at the number of prisoners who could not read or write and who lacked all knowledge of Christian beliefs, although this was not entirely surprising given the poor state of education in the first half of the 19th century and the background of many of the prisoners. (At that time Warwickshire covered parts of Birmingham where crowded and insanitary courts bred disease and criminals.) A prison report in 1885 mentions the Discharged Prisoners Aid Society that appeared to have a beneficial effect on reoffending.