You are here: Home>Locations>Warwick>Musical Musings - A Fugue From the Archives

Musical Musings - A Fugue From the Archives 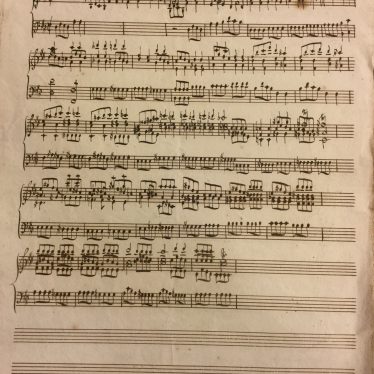 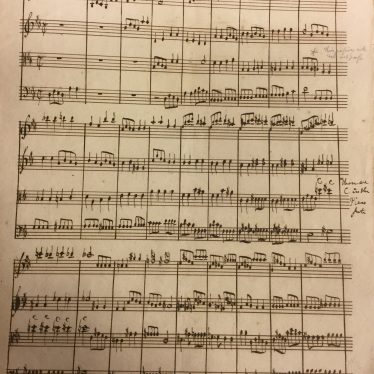 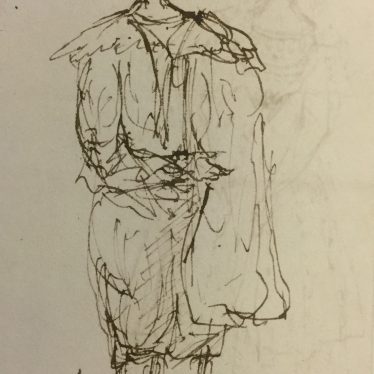 An archive is not just a resting place of dusty manuscripts and quiet study rooms. In some cases they can be filled with music.

A few months ago I ordered two unidentified sheets of music in the Warwick Castle archive at Warwickshire County Record Office (reference CR1886 807/31). Although a musician, I am unable to play the piano with any great success and decided to photograph them just in case an opportunity might arise to look at them again in the future. Fortunately, last week I remembered to put images of the manuscript in front of my brother, who happens to be a professional musician based abroad.

The two sheets are described as ‘Fugue’ and are dated Aug 1827. Within a few minutes my brother was able to play the piano score without too many mistakes, and so we decided to record it for fun at a slighter slower speed than the ‘Allegro’ indicated.

After studying the manuscript for a few minutes and listening to it several times, it is clear that the sheet must have been written as a musical exercise by a student. Although the piece is described as a Fugue, a compositional technique which relies heavily on counterpoint, it is technically closer to an imitative study on a theme. Vaguely reminiscent of the playful and romantic melodies of Schubert, the date reveals that it was written at least several months before Beethoven’s death in the very same year.

Although the piece has a very pleasing tune to the ear, there are weaknesses and needless repetitions which are indicative of a student’s work rather than a confident composer. Mistakes are also found in the writing of several chords, indicating that its composer required a greater knowledge of musical theory. The second sheet records the same piece in four parts for a string quartet, indicating that this may have been an exercise in transcribing for other instruments a piece from the piano.

Might this have been something written by a member of the Greville family? Perhaps even by Henry Richard Greville (1779-1853), 3rd Earl of Warwick? His one and only son George, later 4th Earl of Warwick, would have been nine years old in August 1827. Earlier members of the family had been linked to several famous Italian musicians and composers, including those who had worked for Handel. Notable English organist and composer William Crotch (1775-1845) is recorded to have played at the Charles Francis’s (the 2nd Earl of Warwick’s brother) parties in London at the beginning of the century.

Perhaps a reader of Our Warwickshire might have a string quartet to hand, perhaps?