You are here: Home>Locations>Leamington Spa>Memories of Working at Geotechnical Instruments

Memories of Working at Geotechnical Instruments 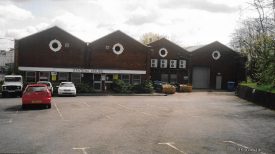 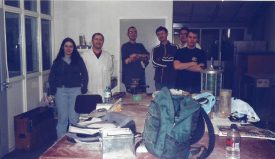 The Extrusion Room, one dinnertime.
Image courtesy of Gary Stocker 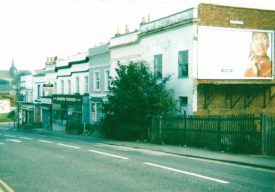 Tachbrook Road, which ran alongside the building.
Image courtesy of Gary Stocker

I went to work there in October 1993. Geotechnical Instruments had a management buyout and had moved to the old Karobes factory in 1991 on the Queensway (where it still is today) and its former sister company, Exploration Associates, moved in from Hatton. A false first floor had been installed, where some of the laboratories were placed. Most of the offices were on the ground floor, along with the stores, where geological samples were stored.

The company was an environmental/civil engineering company. One of our main functions was ground investigation. If someone was developing a site, we would take geological samples from there for analysis. There were two main laboratories, the Routine Lab and the Effective Stress Lab, where I was based. Geological samples would be taken from a site and subjected to the conditions which they were likely to experience during and after development.

The sites would be anything from a building site, to one where new roads and railways were being built. One of the prestigious jobs which we did was the Union Rail job. That was doing the site investigation for the dedicated railway track that went from Waterloo railway station to the Channel Tunnel. That was wanted in something of a hurry. So we used to have a night shift for that, which meant a monetary bonus.

Another one was the Millenium Dome. There had been a gasworks there prior to that, so we had to take special precautions. The effective stress lab was air conditioned (not for our comfort, but for the testing). So if it was really hot during the summer, people often found reasons to come into our lab! One thing which everyone dreaded were the NAMMAS, later UKAS, inspectors who used to visit us. They used to ensure that we were following procedures to retain our accreditation. Although we used to dread it, we used to pass with no more than a few minor faults every year.

Although I was based in the laboratory, if work there was short and there was a surplus on site, then I would sometimes go out with them. One subsidiary which was based there was Geocone. The idea was that there was a probe on the end of a metal rod, which you could put extensions on and, using hydraulics, you could push it into the ground. The theory was that you could find out the state of the site quickly, rather than taking samples back to the lab and spend several weeks testing. The Geocone equipment was stored at Squab Hall Farm, one of the entrances being on the Tachbrook Road, just outside Bishops Tachbrook.

Changes in the area

The surrounding area has changed a bit. We always had car parking problems (there were not enough spaces!), what with peoples’ private cars and company vehicles. So we leased car parking spaces from the railway station over the road. Opposite our building, on the Tachbrook Road, there used to be Leamington Furnishers. A bit further up, by the canal bridge, was a tattoo parlour. They are both ordinary houses now. If there were any social events we most often used to use the Avenue pub. Then when the Chair and Rocket pub on Bath Street reopened as the Jug and Jester, we tended to use that.

In 2008 though, we moved premises. The building’s roof needed a huge amount of money to repair it (as time went on, there was a deluge inside every time that there was heavy rain). So the site was sold to property developers. The company had been approached before, but any would be developers were restricted because the building was a lower rated listed building. However by then the law had changed, so that they could do more to it. So we moved premises to the Gainsborough Trading Estate on the outskirts of Southam.

The company is still there, although they did transfer the lab to Carcroft, near Doncaster. They are also now part of Socotec. Whilst I was there, the company was owned by different people over time. After we were bought up by one company, we were renamed Soil Mechanics. As for the Station House building, it lay derelict for a while. There had been talk about it being used as temporary storage by the BBC. Nothing happened there though. Then it got demolished and was replaced by the current Station House.

Linkedin
More from Leamington Spa
More from Scientists and Engineers