You are here: Home>Locations>Leamington Spa>Octopus Stinkhorn - A First for Warwickshire

Octopus Stinkhorn - A First for Warwickshire 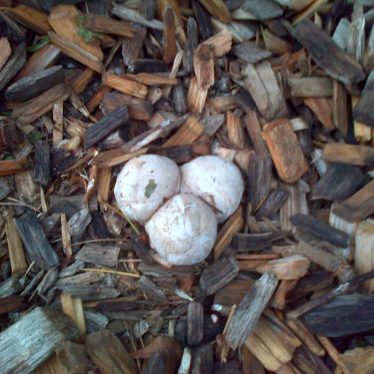 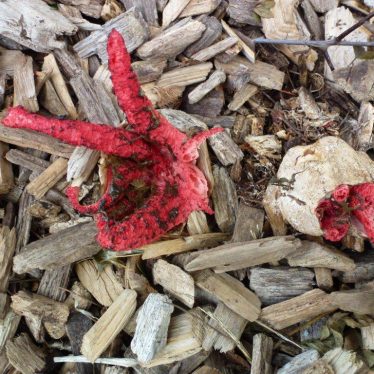 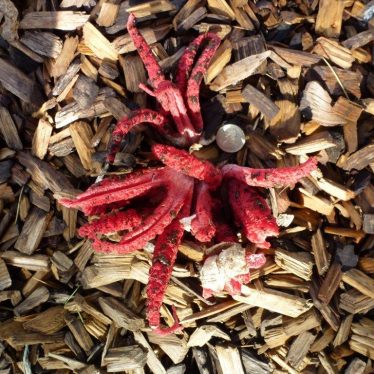 The Octopus Stinkhorn, or Devils Fingers (Clathrus archeri) is a non-native fungus originating from Australia and Tasmania and is occasionally found in Britain and Continental Europe. It is not poisonous but smells of rotting flesh, so it is not recommended that you eat it.

A member of the public found the fungus growing in a children’s play area at a pub in Leamington Spa and rang up Warwick Museum. The museum then contacted the Warwickshire Fungus Survey who sent out one of their members to collect some samples. These samples were then dried out and placed in the museum’s collections along with the information about when, where and by whom they were sampled.

This was the first time that the Octopus Stinkhorn has been found in Warwickshire so it was an interesting discovery. The fungus starts out looking like small eggs on the ground and then these split open and allow five to seven red tentacles to grow. The bad smell that this species produces attracts flies which land on the tentacles and unwittingly carry spores away on their feet.

Don’t panic if you see this fungus on your travels, it’s not invasive, just an unusual find.

email
More from Leamington Spa
More from Fungus and bacteria