You are here: Home>Locations>Stockton>Living in Stockton, Stationed in India

Living in Stockton, Stationed in India 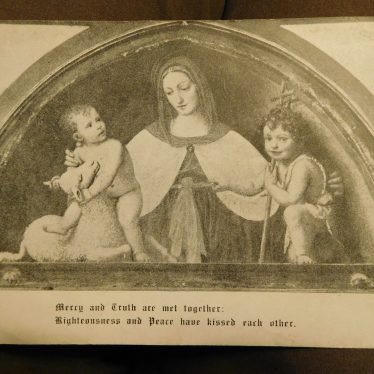 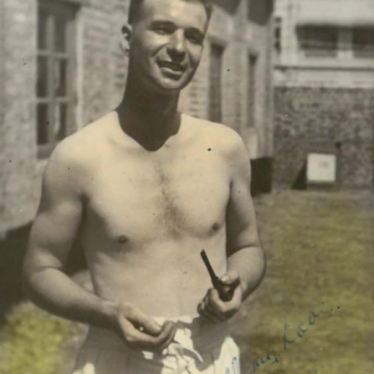 After VE day and VJ day at the end of WW2, the Royal Navy had staff stationed in India.  My dad, Chief Petty Officer Percy John (PJ) Hodges was stationed in Bombay (now Mumbai) from late 1945 into 1946. Two photos on this article show him working in shirt-sleeve order.  The other image shows a Christmas 1945 greetings card from the Bishop of Bombay, which I guess went to all service personnel stationed there.

Dad also had a mounted crucifix (about 7″ high), which was given to Rokeby Primary School in about 1964 – we don’t know what happened to it when the school was closed.  Another treasure is a small book of photographs showing the ship’s journey eastwards through the Mediterranean Sea.  Places shown include Gibraltar, Malta, Alexandria, Aden.  There are sixteen photos taken in Bombay.

Dad grew up in the village of Stockton, near Rugby.  In November 1944 he married Leading Wren Hilda Fern, but, of course, there was no honeymoon – they had to get back to the war.  After demob, they lived with my grandparents in Stockton for some time, until moving to a house in Rugby.

Map marker in the right place? If not, please correct the map.
Locations
Stockton (134)
Warwickshire unspecified or out of county (184)
Subjects
Commonwealth stories (4)
Author
Fern Hodges