You are here: Home>Locations>Leamington Spa>A Leamington Family's Connections to the Commonwealth

A Leamington Family's Connections to the Commonwealth 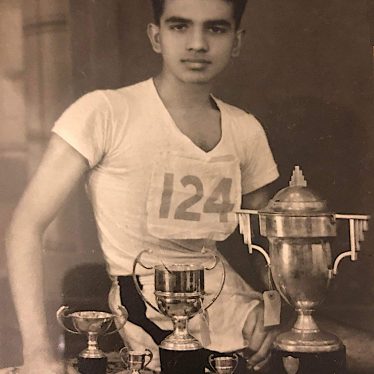 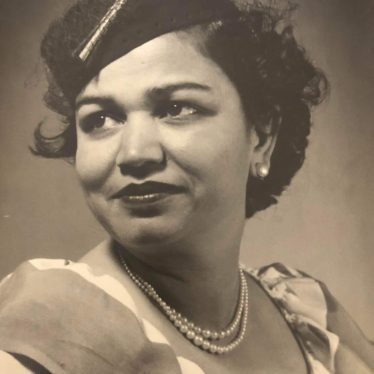 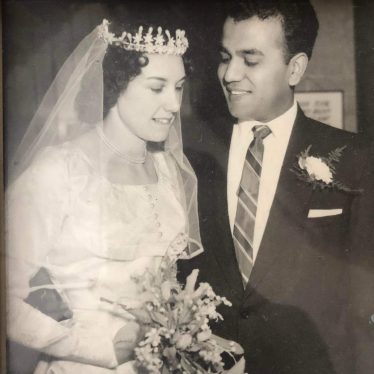 Wedding of Horace and Beryl, 1957
Image courtesy of Louise Jennings 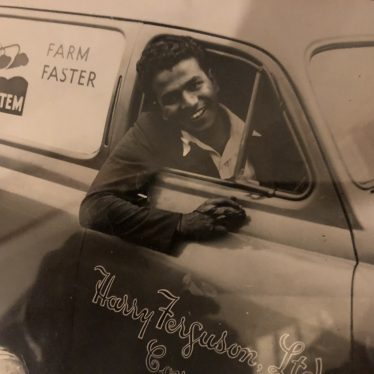 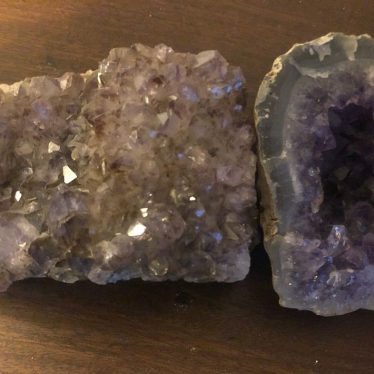 Amethyst from the farm in India
Image courtesy of Louise Jennings 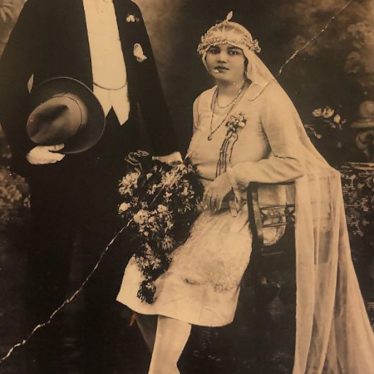 My dad Horace William Boyer was born in Lonavala near Bombay in 1930. His parents Daisy and Eustice were Anglo Indians – Eustice was an engineer and Daisy was telephonist for the British Navy stationed on a ship in Bombay harbour during World War II. My dad attended St Mary’s Catholic school in Bombay as a boarder at the age of seven and was educated by Irish Jesuits Priests. He was an alter boy and a great athlete.

When not at school my dad lived with his grandparents, parents and extended family on a farm. They grew pomegranates among other things. When I was a child we regularly had pomegranates even though they were very expensive, thinking back it was probably because it reminded my dad and nan of India. They both cooked amazing Indian food in big metal chatti pans that my nan had shipped over from India, I still cook some of the recipes my dad and nan taught me including dhal, biriani, foogath, and a meatball curry. As an Anglo Indian, his upbringing was quite British – he had a British passport and he never spoke Indian, which I feel is a real shame as if he did I would now. As a teenager he entered the Indian Olympic Games, now known as the National Games.

At the age of 17 he came to England by sea on his own and obtained an Engineering apprenticeship with the Standard Motor Company in Coventry and lived in Kenilworth. My Dad wanted to come to England, he thought his job prospects and life would be better. On arrival he was wearing white cotton clothes and was very cold. I really can’t imagine how tough it would have been for him travelling and then arriving to a cold county where everything was different from home. His intention was to return to India after his apprenticeship but he got an Engineer’s post at AP Leamington.

He never continued with his athletics but did box at Leamington Boy’s club and sparred with Randolph Turpin.  My nan, Daisy, moved to England in 1952 and I now live in her old house. I know my dad really missed his mum until she moved, and they wrote to each other regularly. Once she was here he saw her everyday, if not twice, for her entire life. She also lived her last few years with us in the family home, a tradition that came from his cultural upbringing. My dad never returned to India as his remaining extended family moved to Australia. He missed his cousins but when I was a child they regularly visited us; we would get regular airmail letters and my dad would write back. My parents even took a trip to Australia in the late 1990s to see them.

One of the first Indians in Leamington

My dad was a one of the first Indians in Leamington, and he did suffer racism. He was a strong character and bought me and my brother up to stand up for ourselves and be confident. I am sure there may be stories that we have never been told. He met my mum, Beryl Rose at work in 1953,  and I imagine it would have been difficult for the two of them to date – they married in 1957. I was never aware my mum’s family had a problem with my dad’s heritage, and my grandparents, aunts and uncles on my mum’s side were always loving and kind to us all.

My dad was very polite, extremely caring and loved by family, friends and our neighbours who often loved the Indian food he would drop at their doors. He was really hardworking, instilled in him from school, was keen to learn, and my grandfather on my mums side taught him lots of DIY skills, carpentry, painting, decorating.

We don’t have many keepsakes from India but some of my favourites which I have on display in my home, is some amethyst the farm my dad lived at and a brass khol eyeliner.