Construction of this road started in 1885 and was completed in 1886 as a cul-de-sac from Waverley Road. It was named after Hubert Clarke, son of landowner William, one-time owner of the tannery and King’s Arms. An extension to Station Road to create a through road was planned in 1958 and created in 1960, coinciding with the construction of the now-demolished youth club. 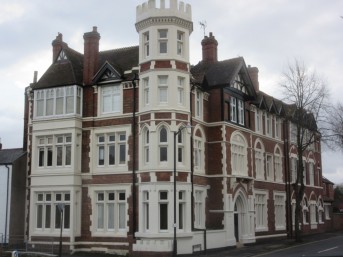 The Abbey at the north end of Priory Road.
Photograph by Sam Sexton

Created in 1885, this provided surprisingly late access from the railway station to the north part of the town, e.g. High Street. It commemorates the Priory, which was the original status of the Abbey until about 1447. Initially called Abbey Road, it was changed to Priory at the suggestion of the Local Board Chairman William Evans due to possible confusion with Abbey End and Abbey Hill. Part of the Bowling Green Inn was demolished to make way for the road and the rest was later cleared for the construction of the Abbey Hotel. 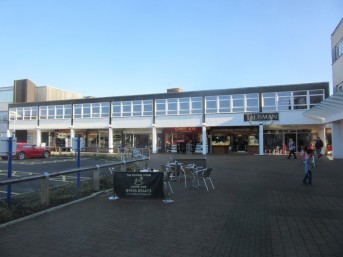 This square was named as a result of two competitions. The first was by Rover Players for their new theatre in 1942 (in an old skin-drying shed behind the Tannery, offered by Charles Randall jnr), won by Doris Vaughan; the second was by Bernard Sunley developers for their square encompassing the site of this theatre, won by Mr Hunn, the butcher. The Talisman, 1825, was a novel in the Waverley series by Sir Walter Scott – see below. 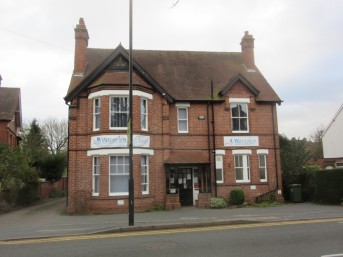 This was originally Oakley Road when it was built in 1885, after the maiden name of landowner William Clarke’s wife. It was changed to Waverley Road when adopted by the Local Board in 1889, as suggested by Henry Street (after whom Henry Street is named!). It commemorates the contribution of Sir Walter Scott’s novel Kenilworth to the fame of the town; he would not acknowledge his authorship, so his novels appeared under the name of the first of them, ‘By the author of Waverley’. Forty lime trees were planted in 1907 at the residents’ expense.

Part four may be found here.