You are here: Home>Locations>Kenilworth>Kenilworth Pound

A historic site is now restored 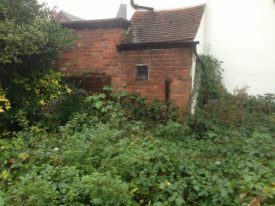 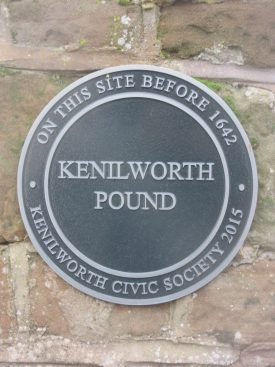 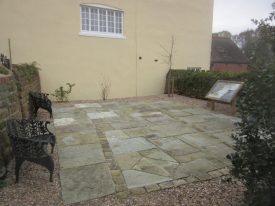 In September 2015, Kenilworth’s Pound was officially opened following restoration driven by Councillors Gordon and Pat Cain and the Kenilworth Civic Society. A campaign involving local residents raised interest and funds following the death of Jack Bastock, a former Town Mayor, in December 2012. Jack had owned and maintained The Pound, beside his house at 39 High Street, but on his death, ownership reverted to Warwick District Council. The Council decided to keep it as a community site and it has now been recreated as a peaceful area with plants, benches and an information board.

The word pound comes from the Saxon word “Pund”, meaning enclosure. Pounds are known to date from the medieval period.

Nearly every village once had its animal pound; stray animals were driven into it and kept at the expense of the owner, until such time as he paid the fine. This was an amount claimed by the person onto whose land the animals had strayed, for damage done. A feeding and watering fee were also due to the pound keeper.

If unclaimed after three weeks, the impounded animals were driven to the nearest market and sold, the proceeds going to the impounder and pound-keeper.

This pound, in the High Street, was one of two Pounds in Kenilworth; the other was triangular in shape and stood about 50 yards west of the Clock Tower in Abbey End. The site was roughly in the middle of the road outside the eastern end of the library.

Most of what remains today would date from the 16th and 17th centuries, By 1888 the practice of impounding was virtually obsolete.

The Enclosure Acts came into being in the 18th century and over the next hundred years animals were increasingly enclosed into fields by their owners, so pounds were no longer required.

The Pound was also where the Wardens Cricket Club was founded.

More information may be found on the display board in The Pound, at the Kenilworth Civic Society web site and Graham Gould`s page.