You are here: Home>Locations>Warwick>From Leamington and Warwick, to Working With Cliff Richard

From Leamington and Warwick, to Working With Cliff Richard 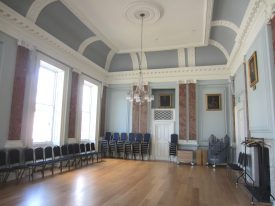 Dancing had always been my passion – much to the chagrin of my headmistress, at King’s High, Miss Hare – and although I eventually had a professional dancing career and although brief it was extremely successful and I worked for some well known choreographers. I worked alongside the likes of Frank Ifield and Cliff Richard and The shadows, and in various shows names, now legendary, such as: Morecambe & Wise Beryl Reid, Ted Rogers; Frank Carson, and The Dallas Boys.

I was fortunate to meet some great entertainers along the way, too, who were lovely people as well. They include Olivia Newton John, Mark Winter, Stefan Grapelli… The Beatles and the much loved and now sadly lamented Sacha Distel.

I danced in concerts and pantomime, did exhibition dance work in both the Red-Indian dancing and Scottish dancing (diverse or what?) and actually trod the boards, albeit once, at the London Palladium!

I belonged to Leamington and Warwick Operatic Society both before and after my professional career and- for those who remember – attended Gilbert Wright’s Ballroom Dancing School on Friday nights back in the late ’50s.

I married in the 1960s and produced two children – (my best two productions!) – a son and daughter and we moved away from Warwickshire. Sadly that marriage was not to last and my husband and I divorced and I moved back to Leamington Spa with the children, in the 1970s.

I will gloss over the middle part of my life and move on to when I met- lived with- and finally married my next husband in the 1990s! Happiness prevails again and together (between us) we have a number of children and grandchildren.

This edited and abridged article is part of a collection of reminiscences held at Warwickshire County Record Office. The article is under reference CR4914/10, although it’s worth noting that some of the collection is unavailable for general access.

Map marker in the right place? If not, please correct the map.
Locations
Warwick (1248)
Warwickshire unspecified or out of county (182)
Subjects
Actors and Entertainers (22)
Author
Jenifer Eales