You are here: Home>Locations>Claverdon>Claverdon Smithy 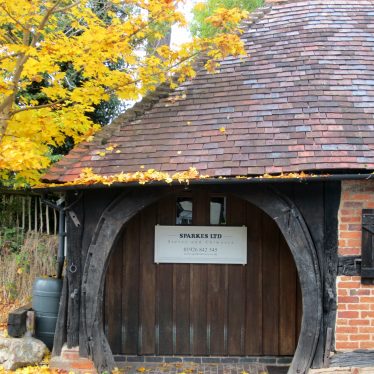 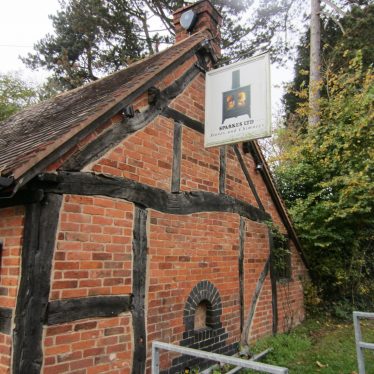 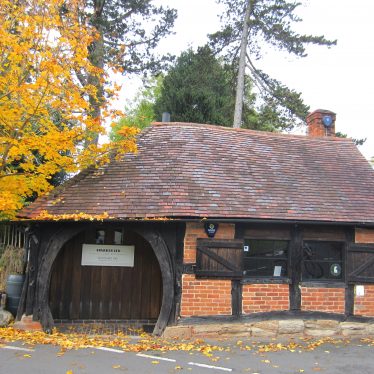 The smithy at Claverdon is a grade II listed building dating from the late 17th century. It was still in use as a smithy during the 20th century. The building is a very attractive example of timber-framing filled in with red brick, and features an unusual doorway in the shape of a horseshoe. This may have been to advertise the business to the illiterate (like the pictures on early shop signs) or to bring good luck.

Early horseshoes were made of iron – a strong material some considered magical – and fixed with seven nails, a lucky number. Horseshoes are therefore considered lucky and some people hang one outside their house or outbuildings for this reason. As a child I was told that you had to have the open end upwards to contain the luck and that it was  unlucky to hang one upside down; however other people maintain that luck flows out to you from an upside down one! Good luck cards sometimes feature horseshoes and miniature ones are thrown in confetti at weddings. Thirty years ago I used to find cast horse-shoes occasionally on country walks, but they are becoming rarer as we move further away from the era of horses working the fields.

The smithy building is now occupied by a stove and chimney firm, founded in 1977, which makes a pleasing link back to the fiery forge it contained for centuries.