You are here: Home>Locations>Alcester>Warwickshire in 100 Objects: Roman Samian Ware Bowl 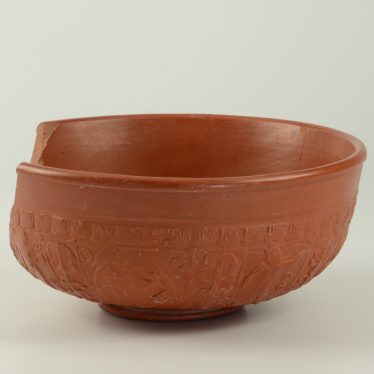 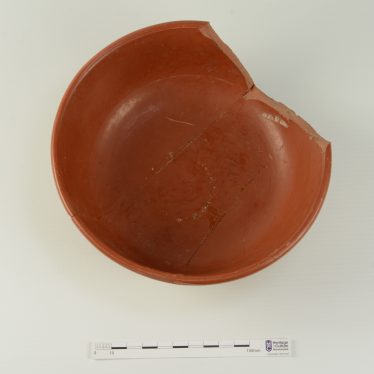 Roman samian ware (or terra sigillata) is a distinctive type of red-gloss pottery, mostly mass produced in the province of Gaul and widespread throughout the Empire. This bowl was thrown on a wheel and the outer surface covered in a glossy red slip. It has relief decoration featuring mythological figures and florate patterns, which have been created by a stamp or mould pressed into the clay.

This bowl has been reconstructed from sherds found during excavations at Alcester in 1965, and is one of a number held by Warwickshire Museum.