You are here: Home>Locations>Mancetter>Warwickshire in 100 Objects: Roman Bronze Dolphin Mount 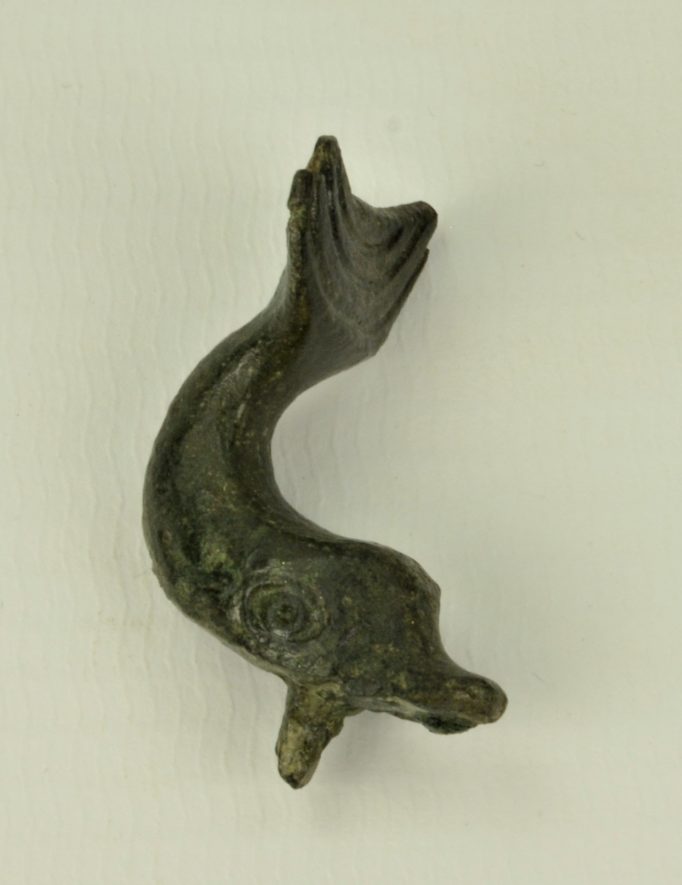 This dolphin is made of cast bronze and was found during excavations at the Roman settlement of Mancetter, near Atherstone. It is only 3 cm high, but the detail of the eye and fan of the tail is clear. The dolphin was part of a larger object, but we don’t know what that might have been. Dolphins are often seen in Roman designs – on finger rings, carved intaglios (personal seals), mosaics and coins.