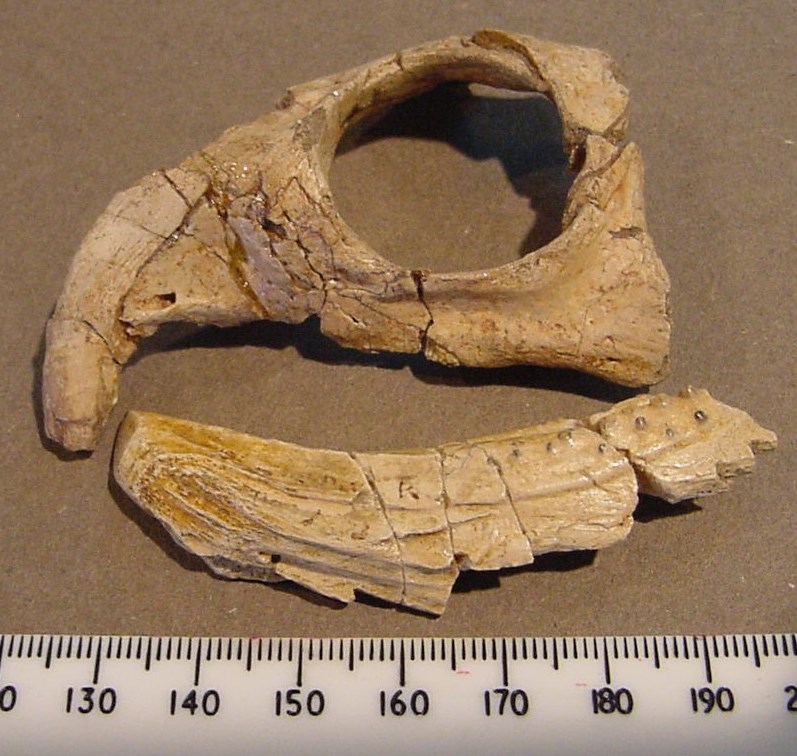 Rhynchosaurs were small reptiles that were widespread in the middle part of the Triassic Period, round about 235 million years ago. In Warwickshire their remains have been found in ancient river alluvium, now preserved as the pale-coloured sandstone that underlies much of Warwick.

Rhynchosaurs were about the size of a small pig, and had parrot-like beaks for eating tough vegetation. Their remains were commonly found when the local sandstone was quarried, in Victorian times. They tell a remarkable story of adaptation to harsh, arid conditions not long after the biggest mass extinction that life on Earth ever suffered. The fossil remains of these tough little animals, including their skulls, remind us of how different Warwickshire was, all of those millions of years ago. These unique fossils within our collections continue to attract the attention of researchers from all over the world.