You are here: Home>Locations>Radford Semele>Site of Thornley's Brewery, Radford Road 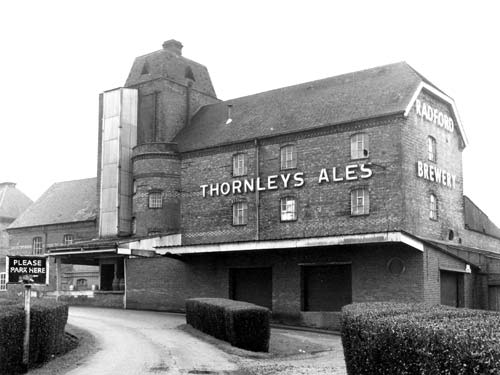 The site of Thornley's Brewery which was in use towards the end of the Imperial period. The brewery was demolished during the 1970s but it had been situated 100m south of Radford Road, Radford Semele.

1 Radford was known for miles around for its beer. In 1900 a new brewery was constructed. Owing to a greatly increasing demand the building was extended in 1907. A malting kiln was constructed in 1911. A deep well was sunk in search of water with a suitable nitrogen level. In 1969 most of the site was sold for the erection of stores and offices.
2 Photos were taken prior to demolition.

Linkedin
More from Radford Semele
More from Breweries and Malthouses