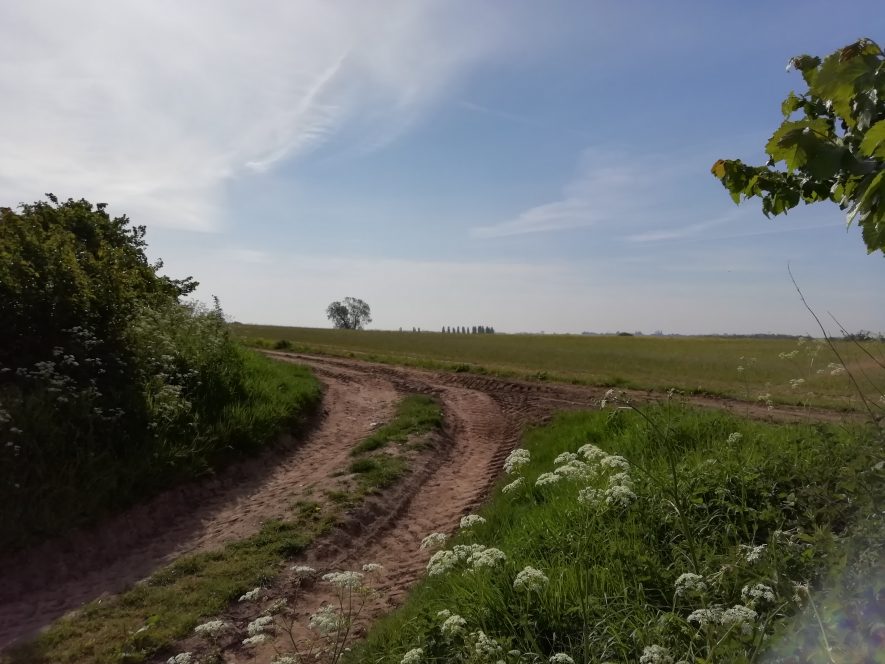 The site of a Roman villa which is visible on aerial photographs as a crop mark and which has been partially excavated. The site is located 700m south west of Crown Hill.

1 Excavation revealed the poorly-preserved remains of a Roman villa, probably of the courtyard type, with stone and timber buildings, pits and ditches, dated from the early C2 to early C4. The site was discovered in 1926 when the field was deep-ploughed. This brought Roman building material including tesserae and domestic rubbish to the surface. Inspection of the site by G Webster revealed in stony scatters what seemed to be the outline of a courtyard villa in the area of the highest density of surface finds. A trial excavation was conducted in 1974. A 10m by 10m area was stripped in the area with the highest density of finds, followed by an additional 28m square area. The excavated areas had not been badly damaged by modern ploughing but were damaged by ridge and furrow cultivation. The wall footings of the villa consisted of a single course of dressed limestone, with a shallow robber-trench containing building rubble including tufa and painted wall plaster. Traces of other wall trenches were found, also a pit and a further feature which was not fully investigated. Four narrow trenches extending from the main trench produced other features. The excavation probably uncovered part of the main villa building with associated courtyard. The pottery evidence suggests that it was built in the early C2 and demolished by the end of the C2. It still appears possible that it is a courtyard villa. Later occupation is indicated by later C3 and early C4 pottery and a coin of Allectus. Finds included pottery, 1,270 fragments of tile including imbrices, tegulae and floor tile, a coin, limestone tesserae, blue painted wall plaster and a fine bone pin.
2 Plan.
3 Air photograph.
4 Three sides of a possible rectangular enclosure show on aerial photographs.
5 OS Card.
6 Brief outline of the excavation.
7 Correspondence about a 4th century coin found at the site.
8 Portable Antiquities Scheme find provenance information:
Date found: 2001-01-01T00:00:00Z
Date found: 2008-12-15T00:00:00Z
Date found (2): 2010-09-14T23:00:00Z
Date found (2): 2011-11-29T00:00:00Z
Methods of discovery: Metal detector