You are here: Home>Subjects>Buildings, Architecture and Monuments>Almshouses and Charity>Site of Puckering Almshouses, Brook St, Warwick 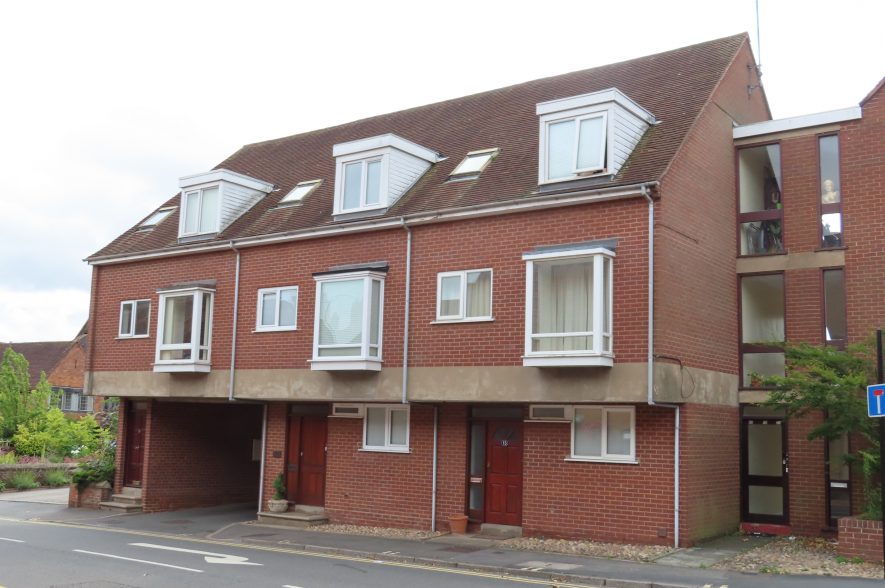 The site of Puckering Almshouses, built in the Post Medieval period to provide cheap accommodation for apprentices. They were demolished in 1950. They were located in Brook Street, Warwick.

1 These houses, Nos 9-15 Brook Street, were built in 1634 at the bequest of Thomas Puckering so that tradesmen could take in poor youths as apprentices, at a nominal rent. The houses were still owned by the charity in 1826, although from 1735 they were let at full rent. Sometime after 1828 they passed into private hands, and their condition deteriorated to the point where, in 1950 they were demolished. A new housing complex stands on the site. The almshouses were of brick with sandstone quoins, and two projecting sandstone wings.
The site was excavated in 1968. (See WA 1985).
2 Press cuttings with a photograph of the houses before they were demolished.
3 List of almshouses in Warwickshire.