You are here: Home>Locations>Stratford-upon-Avon>The Almshouses, Church Street, Stratford upon Avon 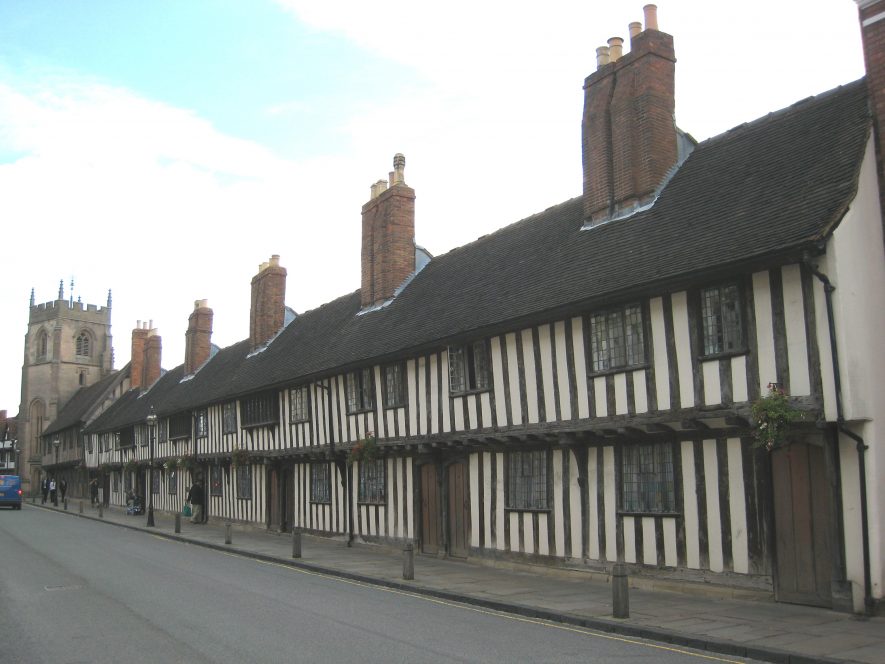 Almshouses built in the Medieval period to provide shelter for the poor people of the parish. They were enlarged in the 16th century, and continue to offer housing in the 21st century. They are situated in Church Street, Stratford upon Avon.

1 The almshouses…were probably built about 1427 but altered and perhaps enlarged in the 16th century and later.
2 OS reports still in use in 1968.
3 Still in use in 1984 as a set of 11 houses adjacent to guildhall (now the Grammar School).
4 Abuts the Grammar School. Timber frame and plaster; two storey; the upper jettied on exposed soffit timbers; of 10 bays. Rest leaded three-light casements and 3 oriels on brackets. 10 ledged doors, in pairs, in rest 4-centred frames. A central doorway to the courtyard is featured in an original 4-centred head with enriched spandrels and moulded posts. Old tiles; 5 16th century brick stacks. Street frontage of app. 150 ft.