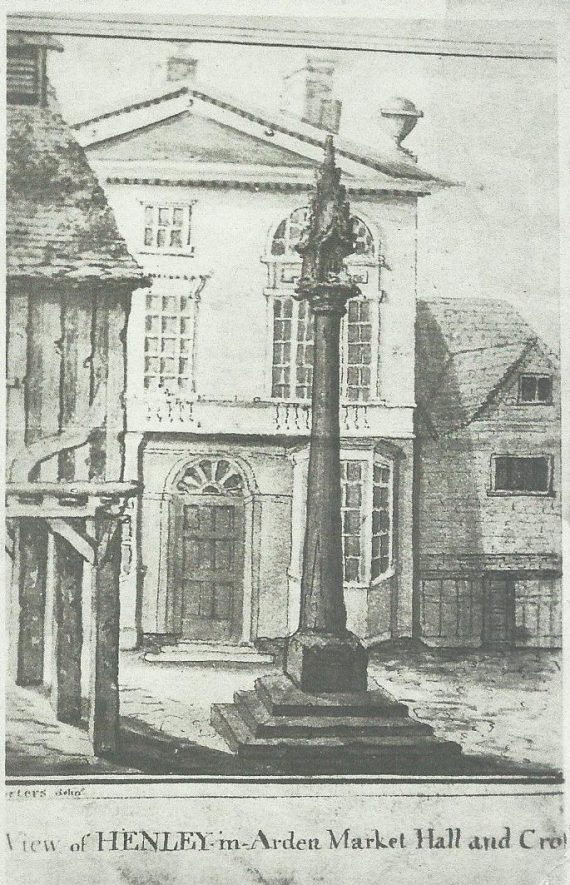 The site of a market hall dating from the Post Medieval period. It was situated 100m north west of the market cross, Henley in Arden.

1 The Market Hall stood just N of the Market Cross and is variously referred to as the Market House, Townhall or Townhouse in documents. An early reference occurs to it in 1597 when it is recorded that the Baliff and his brethren should meet in the ‘Haule’ once a month. It was repaired in 1727.
2 In the late 18th century it was described as an extensive Market House on pillars of wood open beneath and with a large room over appropriate to public meetings, court leets, etc.
3 The building was taken down in 1793 and was replaced by a plain building of stone supported on 8 pillars.
4 This later building, being of no use, was pulled down prior to 1863.
5 Market hall shown on tithe map of 1843. The map shows the 8 pillars of the building. Polygon re-drawn to show the area where it stood.