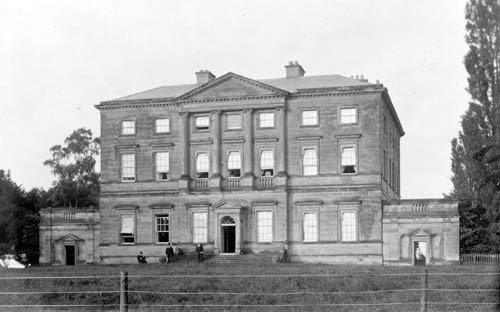 The site of Hams Hall, a manor house which was built during the Imperial period. It was situated 1km south of Lea Marston but was demolished to make way for a power station.

1 Designed by James Wyatt for Charles Boyer Adderley, replacing an earlier manor house. The house was rebuilt after a fire in 1890, but in 1920 it was demolished, and the facade re-erected in a house called Bledisloe Lodge (Gloucestershire). The site is now occupied by a power station.
2 A watching brief in 1996 (WA 8338) found a brick built water storage structure south of the site of the Hall.