You are here: Home>Locations>Barford>Site of Barford Mill 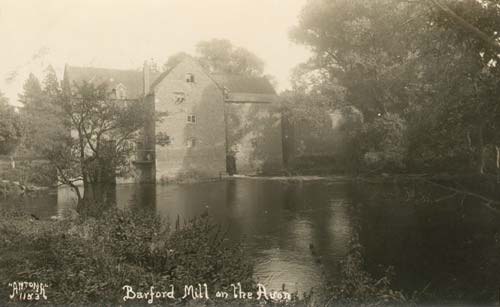 The site of Barford Mill, a watermill for which there is intermittent documentary evidence from the Domesday survey through to the end of the Imperial period. The mill was located 500m east of Barford Bridge.

1 Victoria County History entry.
2 A mill is recorded at Barford in 1086. It is also recorded in 12th ccentury and 13th century. In the 13th century there appear to have been three mills. Information also exists for the 16th century. Ownership information exists for the 19th century. The mill was demolished in the 1930’s. From an illustration of about 1900 the mill is seen to have been a large three-storey structure having two waterwheels. Only a small outbuilding remains on the site, the main mill building having been replaced by a weir across the head race.

Linkedin
More from Barford
More from Mills
More from Windmills, Watermills and Cornmills