You are here: Home>Locations>Alcester>Roman buildings, Alcester. 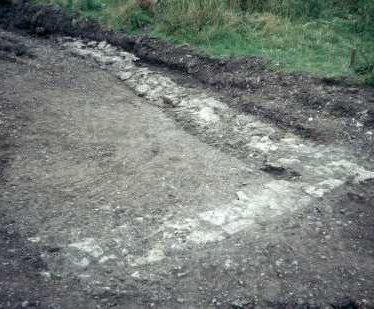 Excavation of a Roman building in Alcester
Warwickshire County Council 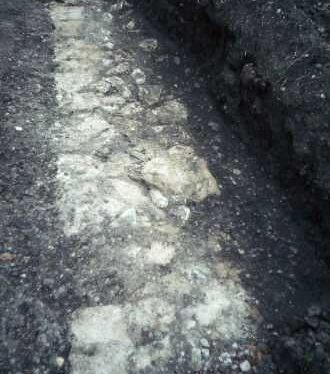 The remains of a series of timber and stone buildings of Roman date were found during an excavation. A road and a ditch were also found. The site was located to the east of Bleachfield Street, Alcester.

1 1970: Construction of a flood barrier to the E of Bleachfield Street resulted in an area c152m by 9 to 24m being stripped. An area about 9m square was excavated revealing a Roman road 4.3m wide running SW from the Stratford-Droitwich road towards the river crossing at Oversley Mill. The road was probably a ‘bypass’ around Alcester’s S industrial suburbs. Traces of at least two phases of timber buildings survived along the W edge of the road. These were destroyed, the road resurfaced and a roadside ditch dug some time before the C4. Early in the C4 the ditch was filled in and buildings with stone footings erected along the street line. Similar buildings were erected E of the road. These were succeeded by a timber erection of uncertain date. Traces of stone buildings were found to the S of the area.
2 Included in Alcester sites list.