You are here: Home>Locations>Warwick>RAF Warwick 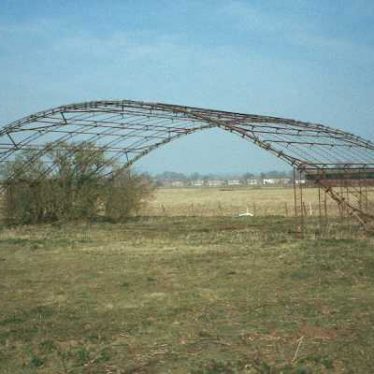 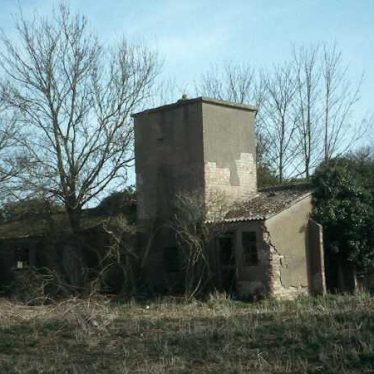 The site of the Second World War RAF Warwick airfield which was located in fields north of Longbridge, Warwick. It opened in 1941 as a grass relief landing ground for RAF Church Lawford. Aerial photographs show the positions of the hangars and huts.

1 A grass relief landing ground for RAF Church Lawford opened Dec 1941. The minimal facilities included 4 blister hangers, 6 Laing huts, 2 Nissen huts and a fuel compound.
2 An aerial photograph of 1947 shows four hangers at: SP 2763 (destroyed); SP 2763 (skeletal remains of a Miskins steel blister hanger); SP 2662.
3 Book with photograph of a Miskins steel blister hanger.
4 Photograph of the Oxford aircraft at Warwick airfield. The control building can be seen in the background.
5 No features relating to the WWII airfield were observed.
6 Opened for flying in December 1941 and the relief landing ground was used mainly by No 2 CFS and No 18 (P)AFU. Two blister hangars and a series of Laing and Nissen huts.