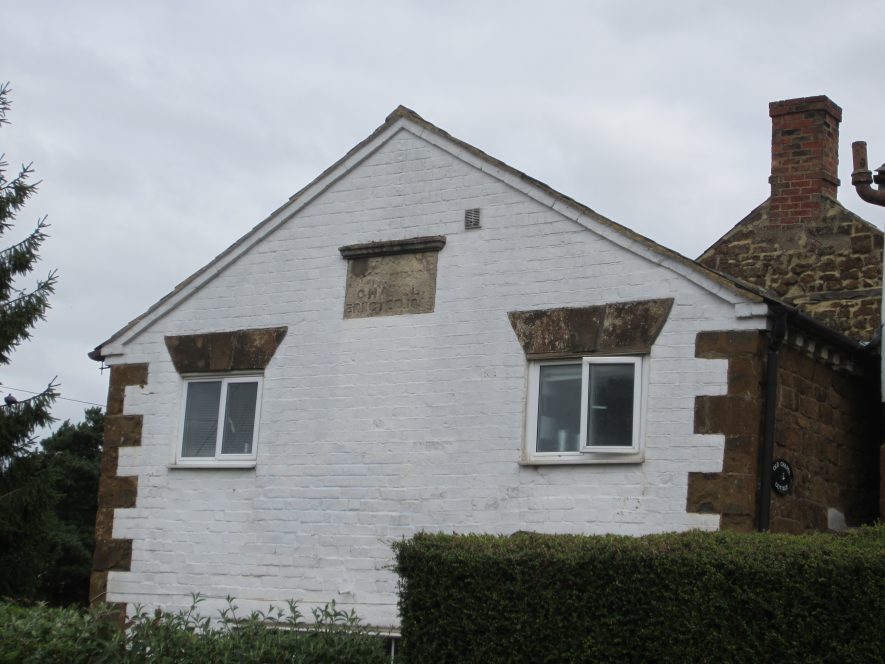 Former Primitive Methodist Chapel, Northend, 2017, now called 'Old Chapel Cottage'. A regrettable red brick extension (visible in 2000) has now been removed and the brick front painted white. The side walls are made of local ironstone (maybe the front too originally?) with dentillated detail under the eaves and the roof is of slate. The plaque says 'PRIMITIVE METHODIST CHAPEL ERECTED 1855'.
Image courtesy of Anne Langley
Description of this historic site

A former Primitive Methodist Chapel built in the Imperial period and now converted into a cottage. It is located west of Top Street, Northend.

email
More from Chapels and Churches