You are here: Home>Locations>Newton Regis>Church of St Mary, Newton Regis 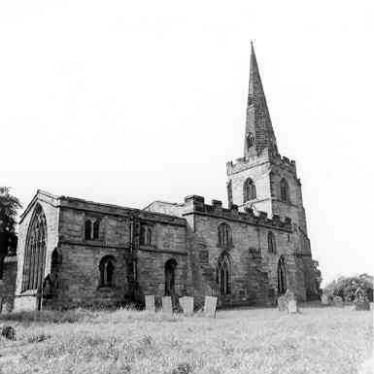 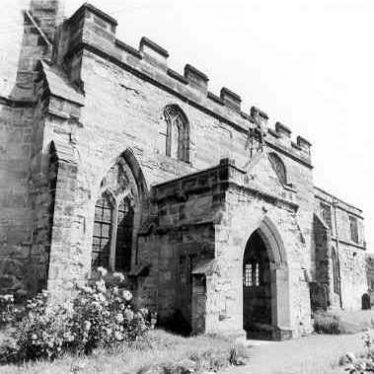 The Church of St. Mary which is of Medieval date. It is located on Austrey Lane, Newton Regis.

1 Chancel and nave rebuilt early 14th century. W tower with spire in part early 13th century but mainly early 14th century. 15th century S porch. Restored 1905.
2 The lower part of the tower dates from early 13th century; it was probably an addition to a 12th century or earlier main body. The chancel was rebuilt c 1320 and had a S vestry: The nave was rebuilt soon after c 1330-40 and the W tower was remodelled and heightened and the spire erected. Various later additions.
4 Heating ducts – near door & in front of sanctuary. Internal graves – in front of sanctuary. External drains – whole exterior. There are possible ridge & furrow earthworks to the E of churchyard. Probably good preservation of below-floor deposits.

email
More from Newton Regis
More from Chapels and Churches