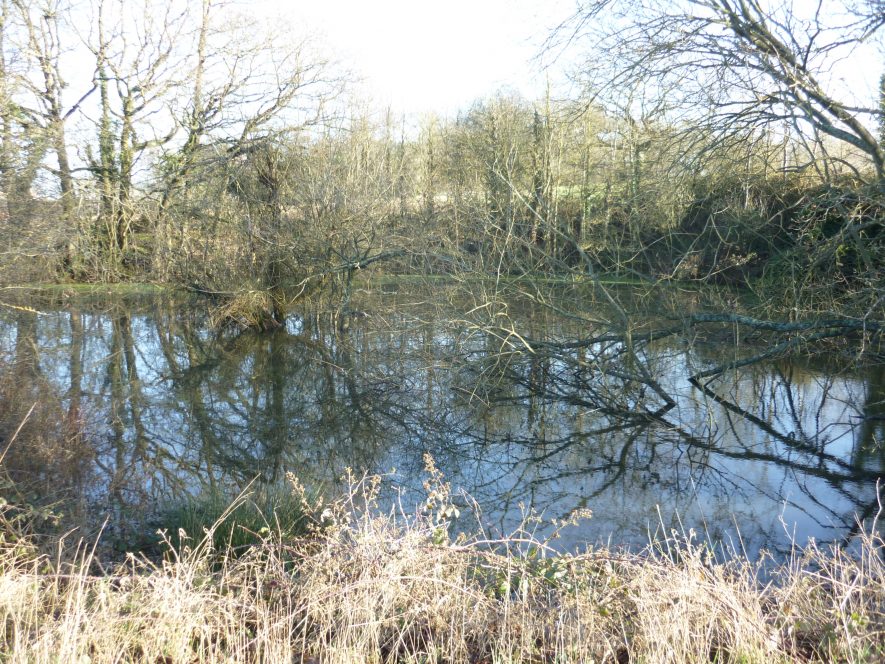 Poss fishpond, N of Cryfield Ho (Warwick Uni Eval): dug into the side of a hill
Image courtesy of William Arnold, February 2020
Description of this historic site

The site of a possible fishpond, used for the breeding and storage of fish. The fishpond may have been used as a marl pit. It dates to the Medieval/Post Medieval period, and is situated 200m northwest of Cryfield Village.

1 A possible fishpond associated with the Cryfield House sites (WA 8350, 8351). There was formerly a second pond to the south east of the marked site, across which a geophysical survey was made as part of the University of Warwick archaeological assessment. The surviving pond is also said to have been used as a marlpit.