You are here: Home>Locations>Lapworth>Packwood House, Lapworth 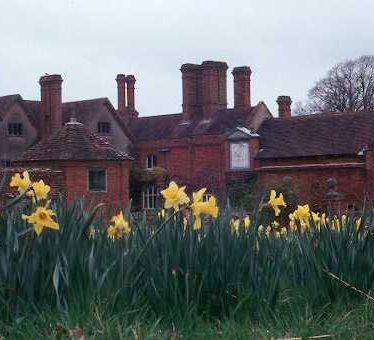 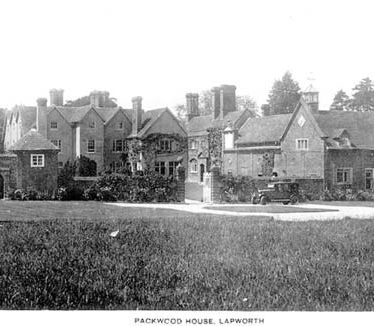 Packwood House and barn which were built during the Post Medieval period. The buildings are now in the ownership of the National Trust.

1 Late 16th century house, possibly with 15th century origins, built for William Featherstone. There is possible first floor timber framing, now rendered, and many early 20th century alterations and additions. These include the great hall made from a cow-byre, 1925-27, and the long gallery built 1931-32 for Graham Baron Ash. The mid 17th century out-buildings to the north-east incorporate a cruck barn and a stable block with carriage way and bell turrets.
2 Surrounding the house is a Grade I mid 17th and early 18th century formal garden, WA 6953, with topiary and listed features: with a plunge pool, sundial, walls, gate piers, and gates forming forecourt and walls, gazebos, gate piers and gates forming south garden to the house. The house and garden are owned by the National Trust.
3 Further details of the coach-house and stables. The coach-house was probably built in about 1640 of brick with a timber-framed rear wall and a clay tile roof. It may have originated as a barn since the rear wall, which is timber-framed, is filled with ventilation slits, but was converted in the 18th century into a coach-house, destroying almost the whole of the front wall. Probably shortly before 1838, stables were built onto the E end of the building. These were converted in 1900 into a tackroom. Further stabling was added not earlier than 1870. On the north side of the car park is another building dating from 1640, although considerably altered in the late 19th century. Its original purpose is uncertain.

4 Recording for groundworks in 2009 October on the behalf of the National Trust recorded a window foundation with four brick courses remaining but no floor was found, the top of brick foundation the 0.1m below the current ground surface.
5 negative watching brief of a pipe trench