You are here: Home>Locations>Alcester>Oversley Bridge, Alcester. 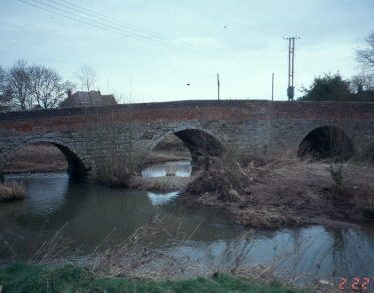 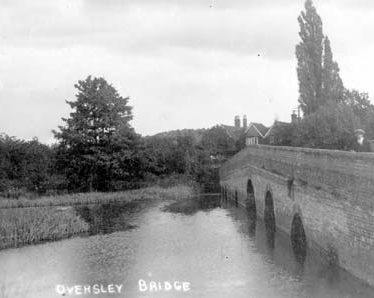 Oversley Bridge, a road bridge which was built during the Post Medieval period with later alterations made during the Imperial period. It is situated on Stratford Road, Alcester.

1 Oversley Bridge is on the site of an earlier bridge mentioned in 1543. It had become a county bridge by 1659 and considerable repairs were carried out then and in the following year. The present bridge, of 3 main and 3 smaller arches, has a stone bearing the date 1600 built into the S parapet. Part of the walling and the main arches on this side, which are of lower lias stone, may well be of that date, and there are remains of 2 cutwaters. These are shown, together with 4 on the N side, on the map of 1752. But the bridge has been widened on the N to about twice its original width. The parapets are modern.
2 Photographed in 1978.
3 Photograph.

Linkedin
More from Alcester
More from Bridges and Viaducts
More from Streets, Roads, and Railway Tracks