You are here: Home>Locations>Umberslade>Obelisk 100m SW of Obelisk Farm, Umberslade 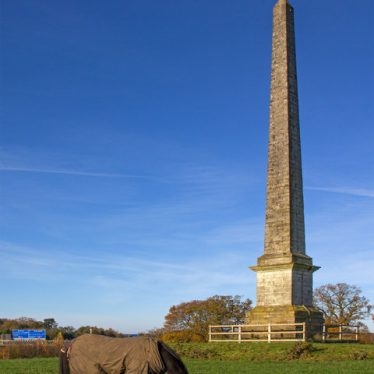 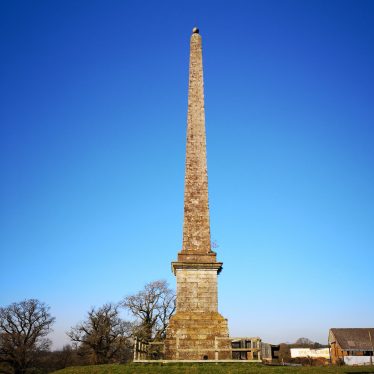 The site of an obelisk dating to the Post Medieval period and believed to form a feature of Umberslade Park.

1 The obelisk was erected in 1749 by Thomas Archer (1695-1768), the first Lord of Umberslade. No records remain to show why it was built, but it is generally believed that it commemorates Sir Thomas’ elevation to the peerage in July 1747, or else it was merely an example of the prevailing craze for erecting such structures.
2 Fine stone obelisk surmounted by a ball and star.
3 The date of building means that the obelisk must have formed part of the mid 18th century landscape of Umberslade Park. This replaced the more formal late 17th century landscape, in which smaller obelisks had been located close to the house.
4 The slender spike over 70 foot high, built of limestone blocks, surmounted by a golden ball that originally supported an eight-armed cross, was built by William Hiorne of Warwick. It was sited so as to be seen from Umberslade Hall as a focal point in the landscaped park; this relationship is obscured by a modern plantation of conifers, screening the motorway.

Linkedin
More from Monuments and Memorials