You are here: Home>Locations>Maxstoke>Moat at Maxstoke Castle 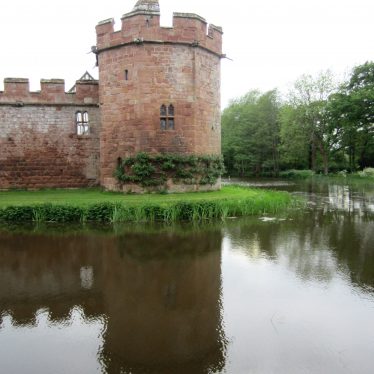 A moat, a wide ditch usually surrounding a building, at Maxstoke Castle. It is visible as an earthwork, and dates to the Medieval period.

1 The surrounding waterfilled moat is in good condition. It measures, overall, 110m N-S by 100m E-W. The steep-sided arms average 20m in width. The entrance is over the E arm. Water enters by a stream at the SE corner and leaves from the NW.
3 Photographed in 1977.