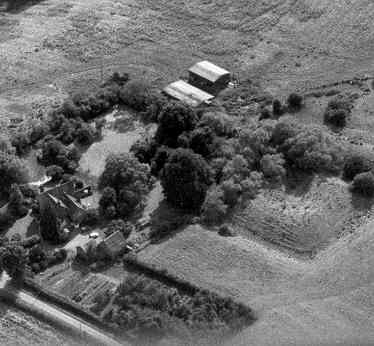 A Medieval moat on the 1886 Ordnance Survey map north west of Court Farm, Fulbrook
Open
Description of this historic site

One moat of a doubled moated site probably associated with a manor house. Of Medieval date, it may represent a different stage of building to its other half. It is situated 300m south of the right-angle bend on the Sherbourne to Hampton Lucy road.

1 Behind Court Farm are the remains of two moats. The second moat lies a little to the N, enclosing an area some 50 paces square. The ramparts are steep and about 3.7 to 4.6m high. The moat is dry, but running W from the S side are traces of a cutting, probably the original trench to carry off the water.
2 Leland records that the castle of the Duke of Bedford was on Castle Hill (PRN 835). It is possible that a later castle was at this location, but that the Duke of Bedford’s castle was within this moat. It is a more likely spot for such a building at that date and brick is an unusual material for a date early in the 15th century.
3 Scheduling record from 1973.
4 This earthwork has a more defensive appearance than the usual homestead moat, the ditch being deeper and the enclosed area rather smaller.
5 Moat averages 3m deep and an outer bank 0.4m high exists on the N and W. A depression c1m deep in the central mound. No trace of a building.
6 The site is very well preserved.
8 Revision of scheduling.
9 Various air photographs.