You are here: Home>Locations>Baginton>Linear feature on Aps 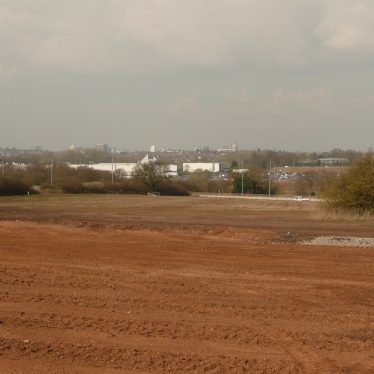 This is the view before the Linear feature. On the right are filled in ponds, the hedge line has a spring in it which cuts deep on the other side of the A45 and might have made a gully, filled in when the A45 was built.
Image courtesy of William Arnold 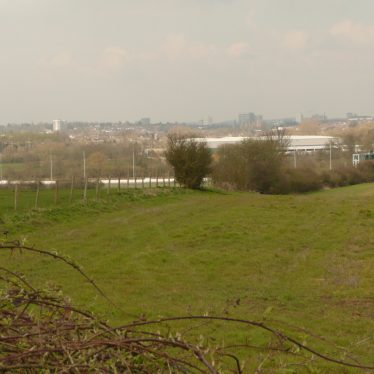 This I think lines up with the linear feature. The fence before the hedge row is at a different height on each side, and on the left is the farm. All this area will soon be built upon by Jaguar/Landrover.
Image courtesy of William Arnold 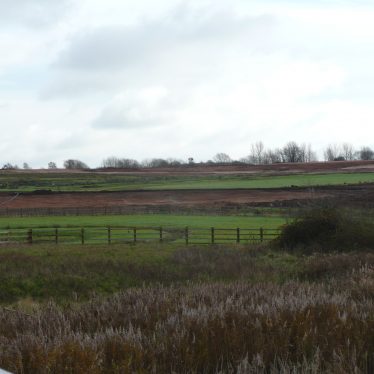 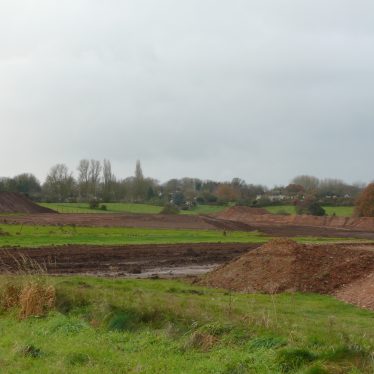 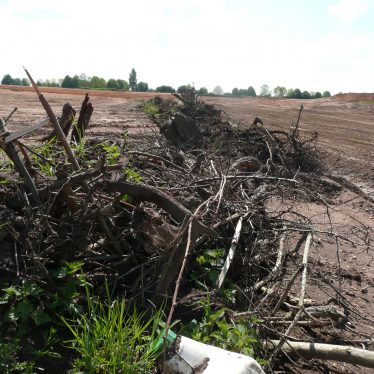 April 2018 looking south. A grubbed up hedge between the A45 and the airport.
Image courtesy of William Arnold
Description of this historic site

Linear feature visible on APs, probably a fairly modern path but may relate to the Lunt RB fort.

1 Broadly SW NE linear feature visible on Aps. Appears to align with the gateway to the Lunt Romano-British fort at the westeren end but at the eastern end appears to respect modern field boundaries. Probably a relatively modern path but might be older.