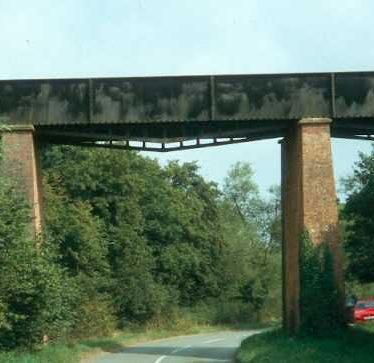 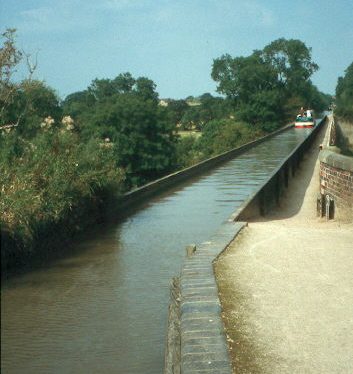 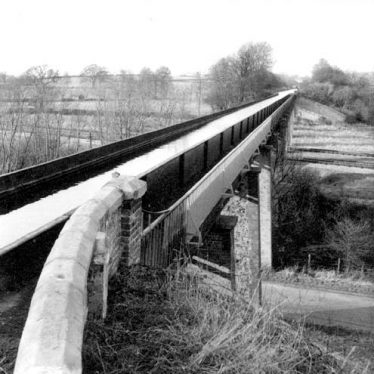 Edstone Aqueduct, a bridge holding canal water, was constructed during the Imperial period. It is no longer in use but is situated 250m west of Salters Lane.

1 One of the notable structures of the Stratford on Avon to Birmingham Canal is the iron aqueduct at Bearley. It was built in 1812-1816 and is about 130m long.
2 The structure is in good condition but is no longer used.
3 Edstone or Bearley aqueduct is the major engineering feature of the canal. An iron trough nearly 160 yards in length is carried on 13 tapering brick piers, over 20 feet high and capped with dressed stone: has been restored occasionally.
4 Photo.
5 Letter to the Inspector of Ancient Monuments recommending scheduling.