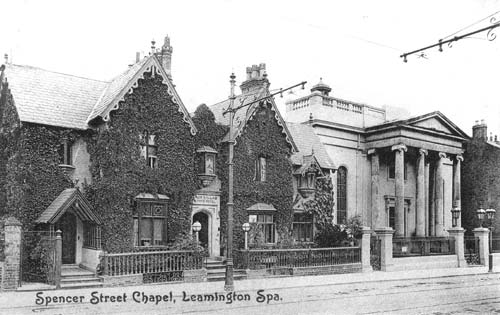 A Congregational Chapel dating to the Imperial period. It is located on Spencer Street, Leamington Spa.

3 Built in 1836 to designs by J Russell. Of brick with a slate roof; the rendered S front has a central portico with Ionic columns. Tall round-arched windows. An organ chamber was added at the rear in the later 19th century.
5 Still in use as a United Reformed Church. Altered internally in 1982.