You are here: Home>Locations>Barford>Church of St Peter, Barford 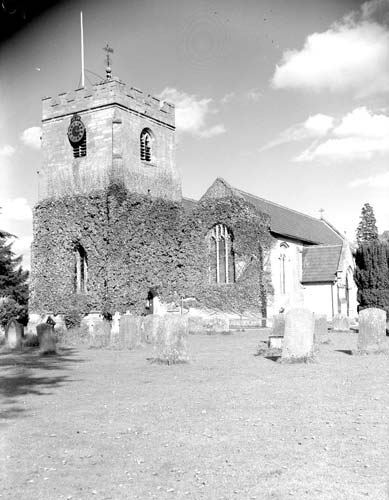 The Church of St Peter dates to the Medieval period but was largely rebuilt in 1844. It stands in Barford.

1 Chancel, N transeptal organ chamber and vestry, nave, N and S aisles, S porch, and W tower. The tower dates from the end of the 14th century; the remainder of the church was built in 1844 in the style of the same period. The church is first recorded in 1205.
2 An illustration shows the church in about 1820, before it was rebuilt.
4 Listed Building List description.
5 A watching brief during the construction of a toilet extension. Burials were disturbed which appeared to correspond to gravestones of the 18th and 19th centuries. Some fragmentary remains which were probably earlier were noted. No structural remains were uncovered.

Linkedin
More from Barford
More from Chapels and Churches