You are here: Home>Locations>Wellesbourne>Church of St James, Walton 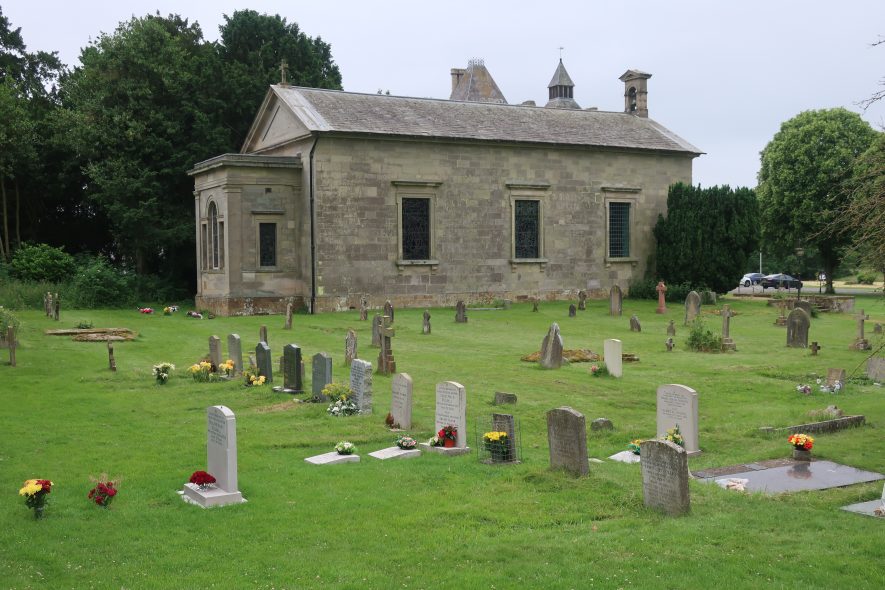 The parish church of St James was originally a small chapel. It was built in the 18th century and was enlarged in 1842. It is located north of Walton Hall.

1 Chancel, nave, W porch and a small bell turret. Of grey stone. The chapel, originally a chapel of Wellesbourne, was rebuilt by Sir Charles Mordaunt in 1750 and was ‘much admired for the modesty and simplicity of its architectural style’. In 1842 it was very much enlarged and was constituted a parish church. The only Medieval feature is the font, which was found in the churchyard.
2 The drawing of c1820 in the Aylesford collection shows a small, simple, rectangular building in classical style with a porch at one end. There is no bellcote or chancel.
3 Three bays long with a lower square chancel. Arched windows and a Venetian E window.
5 Noted.
6 Fragments of 19th/20th century pottery were noted during the excavation of a cable trench between the new timber storage building and St. James’s Church.
7 History of the church and the site.